Although phasing out R-22 is beneficial to the ozone layer, it presents a significant challenge to many of the nearly 1,800 refrigeration-dependent ice rinks in the United States. 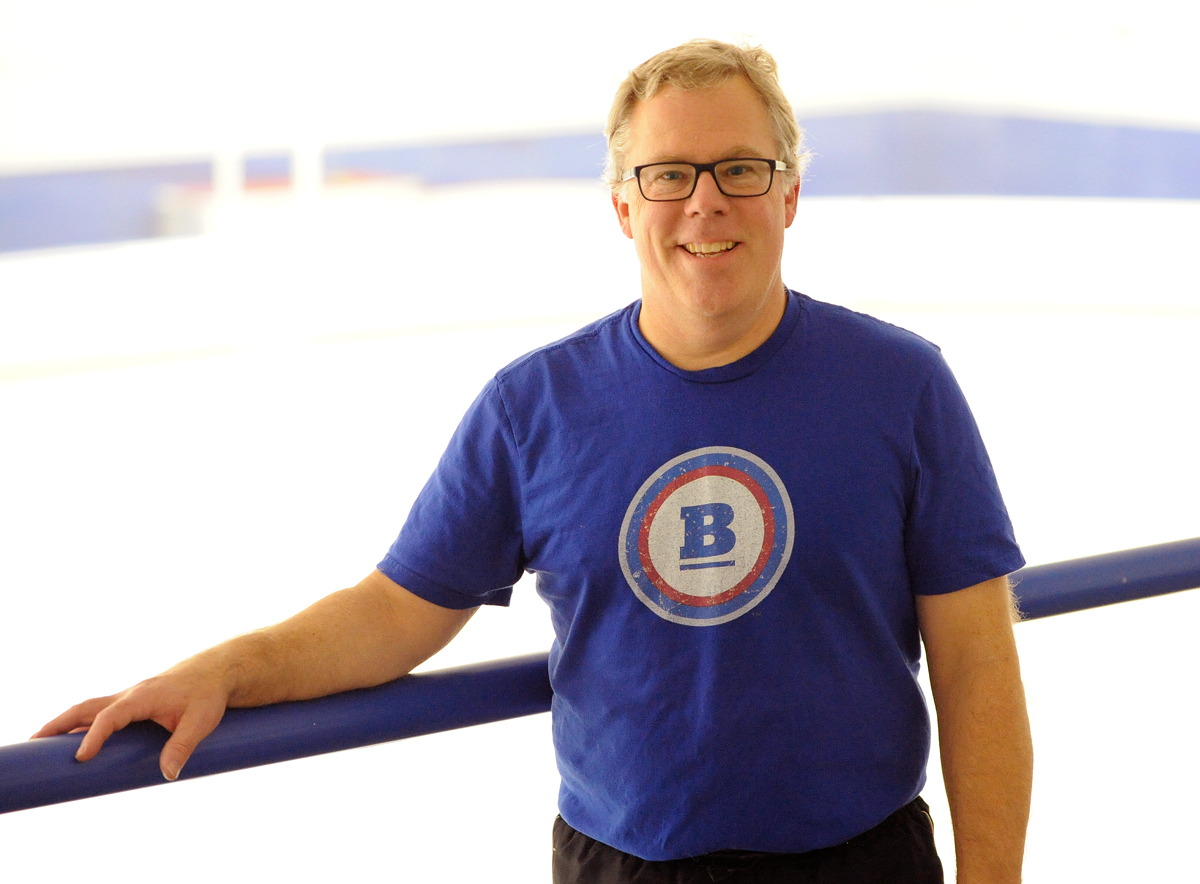 Like many Minnesotans, Charlie Poey spent a good chunk of his childhood and adult life at ice rinks.

He learned to skate at age 3, played Mite hockey on Minnetonka’s outdoor rinks as a grade-schooler and as a teenager travelled across the Twin Cities for Pee Wee hockey games. In college, he played intramural hockey at University of Wisconsin-Madison and has been playing men’s league hockey and bandy ever since.

In 2016, while he was sitting outside the Pagel Activity Center in Minnetonka, the father of three stumbled across a “Let’s Play Hockey” article by John Hamre detailing a silent crisis threatening many of Minnesota’s indoor ice rinks. In short, a popular refrigerant used to cool many indoor ice rinks, know as R-22 or freon, was found harmful to the earth’s ozone layer and, based on a 1987 signing of the Montreal Protocol, is being phased out by the United States Environmental Protection Agency.

At first, Poey shrugged off the article. However, just like R-22 does to the atmosphere, the information began to gnaw at him.

The more Poey researched R-22 and ice rink refrigeration, the more pressing he found the issue to be. The EPA’s plan began in 2010 by banning the production, import and use of R-22, not including for use in existing equipment. The next phase, beginning January 1, 2020, bans the remaining production and import of R-22, forcing existing systems to use recycled or stockpiled sources. In 2030, a ban on remaining production and import takes effect.

Although phasing out R-22 is beneficial to the ozone layer, it presents a significant challenge to many of the nearly 1,800 refrigeration-dependent ice rinks in the United States. Switching to alternative refrigerants like ammonia and Honeywell’s Genetron Performax LT (R-4067F) necessitates retrofitting or replacing equipment – a cost that many rinks simply can’t afford.

“This issue kind of crept up on a lot of us,” Poey said. “I’ve been a part of hockey since 1971, and there are tons of people more involved than I am, and very few people are aware of it.” 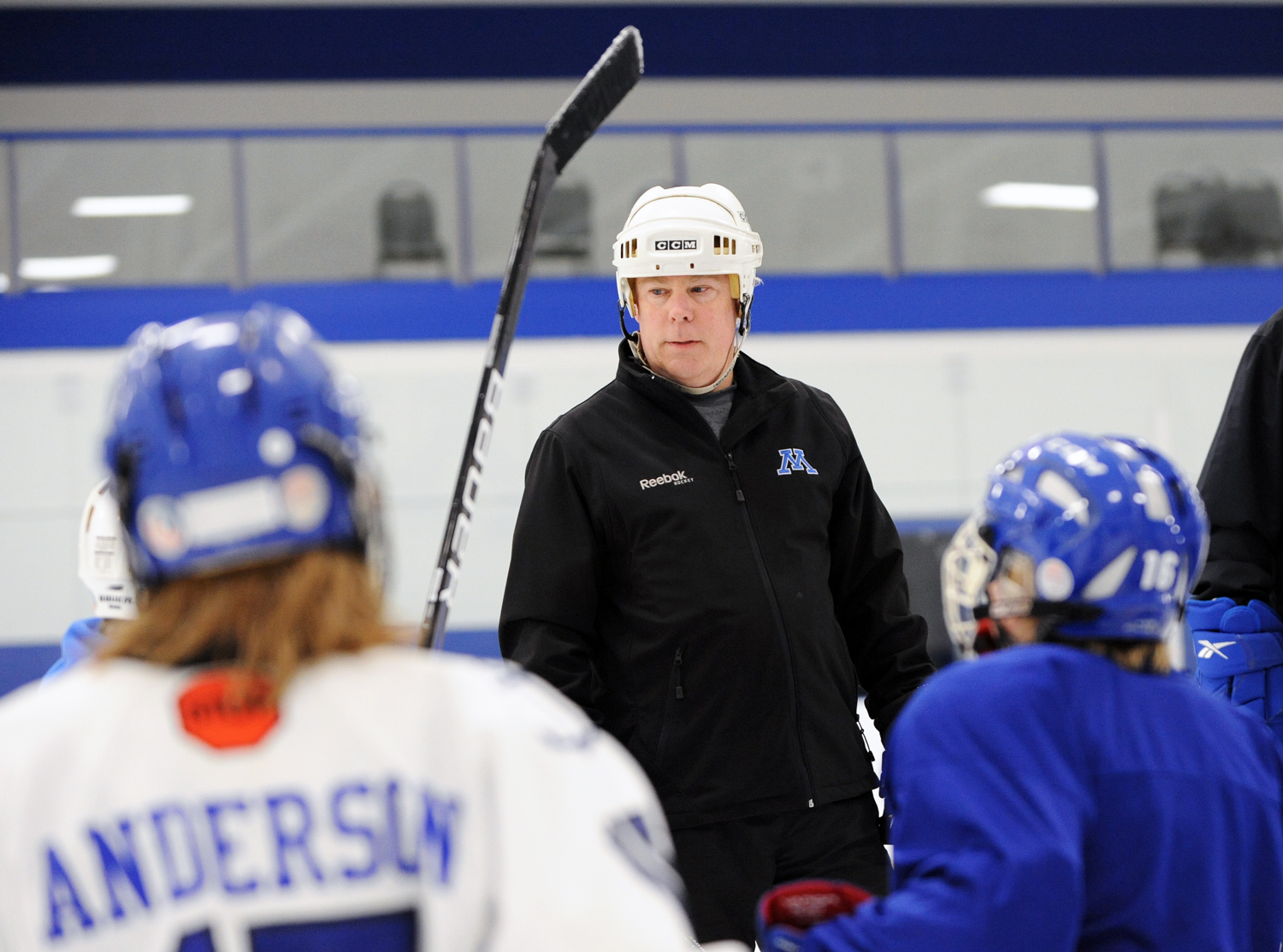 The cost is especially great for rinks with direct refrigeration systems in which R-22 courses through miles of pipe underneath the ice. This method is less common in Minnesota rinks and requires a full infrastructure overhaul.

Indirect systems, in which the refrigerant cools a brine that pumps underneath the ice, allow for more options, but still takes more time and resources than many rinks can afford.

Pete Carlson is the Ice Arena Operations and Programs Director at the National Sports Center in Blaine, which houses eight indirect sheets. Carlson said the NSC has been aware of the R-22 phase-out for nearly 20 years and is still weighing the pros and cons of each option and searching for the money and time make the switch.

“We are making plans to either drop in a replacement system or change our system to use ammonia,” Carlson said. “The drop-in replacements are less expensive, but the industry isn’t 100 percent sure they will work as well as R-22. The ammonia replacement will take most rinks six months or more from start to finish. That’s lost revenue for us, and it’s difficult to decide when to make the change.”

While Carlson worries about transitioning the National Sports Center’s rinks, Poey’s thoughts turn toward the smaller communities outside of the Twin Cities.

“The Twin Cities and suburbs have a pretty good tax base, so they’ll have some money to transition a lot of these rinks,” Poey said. “It’s the smaller towns that I worry about, the communities that simply don’t have the ability to generate the revenue for this. Imagine if Warroad couldn’t afford to switch – that’s the life blood of the town.”

Warroad is nicknamed Hockeytown USA for producing a high volume of notable hockey players including Bill, David and Roger Christian, Cal and Gigi Marvin, T.J. Oshie and Brock Nelson from a population of less than 2,000 people.

“We just did a detailed facility study which gave us a ballpark of how much it would cost to change,” Sletten said. “It’s about four million dollars to get both rinks on a new system. It would be a shared plant between The Ralph and The Huck.”

Sletten, a city employee since 2002, said the next step is to find ways to fund the new infrastructure. For Thief River Falls, with a population less than 9,000, raising four million dollars without the help of the “Mighty Ducks Bill” will take a citywide effort.

From 2014 to 2016, the Minnesota state government appropriated 13.5 million dollars to the “James Metzen Mighty Ducks Ice Center Development Act” which dispersed the funds to 52 arenas across the state. However, the legislature did not provide funds beyond 2016.

“We’ve just started setting aside a budget for this,” Hegge said. “There’s some money in place, but this will be a huge deal for a small, non-profit rink like ours.”

Hegge said the PCCC is considering using alltemp, a synthetic, environmentally friendly refrigerant, to replace the R-22 in their indirect system. PCCC does not have ice in the summer months, so if construction were necessary, it would likely take place during the rink’s offseason.

Poey said travelling to out-of-town tournaments, like ones in Thief River Falls, was his favorite part of youth hockey and an experience he has enjoyed sharing with his children.

With future out-of-town trips in mind, Poey set up Blue Line Apparel Co., an online clothing brand that donates 50 percent of its profits to helping rinks switch from R-22 and raise awareness for the issue. The company’s mission is to “keep youth hockey strong by ensuring that kids have a place to play.”

Glander started playing hockey in second grade when organized girl’s hockey was just starting in the 1970's. She played Pee Wee until she was 12, then graduated to Bantams, which including girls and women aged 12 to 75. She played against the University of Minnesota Women’s Club hockey team for one of her Bantam games and played on rinks from Farmington to Chisholm to Roseau.

“From Charlie’s end, the challenge was to develop a line of apparel efficiently and cost effective so there can be more left over for the rinks,” Glander said. “We’re also trying to differentiate from other small hockey companies that have come out in the last few years. We worked toward designing for who (Charlie) is and his style – a little more modern while capturing a little of the history of hockey.”

The all-female studio is also working to make cross-gender and female-oriented designs to reach a demographic that they feel is under-represented.

While Glander developed the apparel designs, Poey, who founded the digital production agency Carbon Six in 2015, used his years of experience to build a website to begin his campaign.

“That’s maybe the reason I’m doing what I’m doing – because I can,” Poey said. “I see this as something that can help a lot of people. I don’t feel comfortable leaving this problem completely up to the Minnesota state government, so I’m trying to start the bandwagon on a grassroots level.” 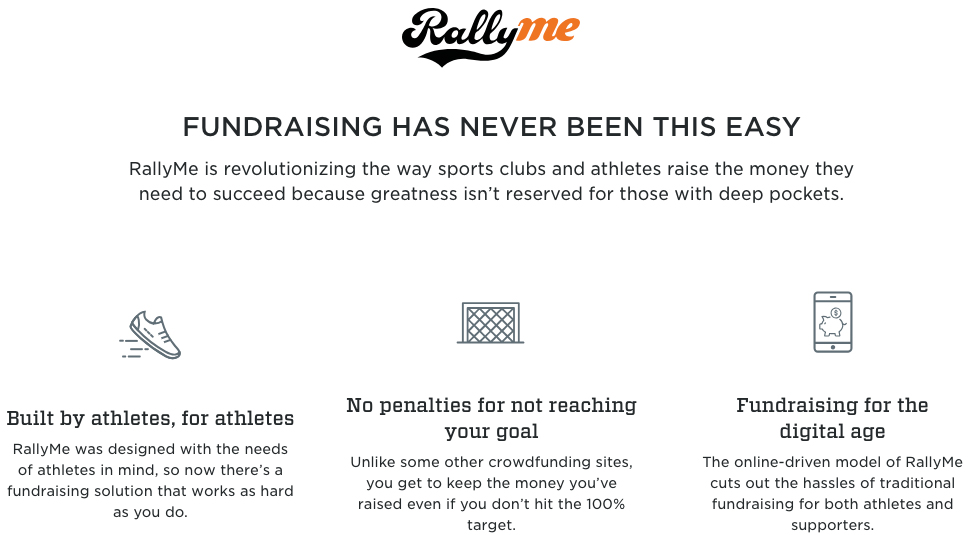 Worried your community's arena won't have the funds to change its ice refrigeration system? Explore your fundraising options with SportsEngine.