Based on his hockey passion and brief stint with the Air Force Youth Hockey Association following his family’s move to Colorado Springs in 1995, the decision to nominate the association was a “no brainer” for Tim Serratore.

Athletes who reach the highest levels in their respective sports routinely reflect on their youth years with nostalgia. They’ll often tell you those early experiences, shared with their best friends, were the most enjoyable of their careers.

For Tim Serratore, similar logic applied when he made the decision to nominate the Air Force Falcons Youth Hockey Association for the SportsEngine Theater Sweepstakes - a contest that awarded the winning organization with a VIP experience to see the new Jurassic World: Fallen Kingdom movie. 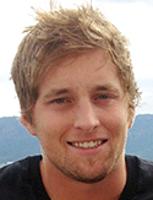 Serratore, a USA hockey employee and a former collegiate player at Augsburg University, comes from a family of hockey fanatics. They include his father Frank, who is the head coach for the Air Force Academy, his uncle Tom, who is the head coach of Bemidji State University, his brother Tom, who played at the University of Minnesota, his cousins Matt and T.J. who play at Air Force and RPI, respectively, and his cousin, former NHLer Robb Stauber.

Based on his hockey passion and brief stint with the Air Force Youth Hockey Association following his family’s move to Colorado Springs in 1995, the decision to nominate the association was a “no brainer” for Serratore.

“I originally got an email about the sweepstakes, and anytime you see something involving youth sports, especially in my industry, it catches your attention,” Serratore said. “I played hockey in Colorado Springs growing up, and I made the decision to choose Air Force Hockey Association instead of some of the other organizations in the area. I picked Air Force because it’s a grassroots, mostly volunteer-run organization where many players come from military backgrounds." 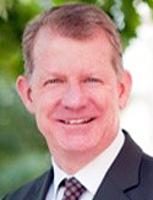 Following an email notification that Serratore’s submission was the winner, the former youth Falcon reached out to the organization to share the good news. Serratore told association president Tim Connors about the opportunity via email, and at first Connors was in disbelief.

“It was a complete surprise,” Connors said. “You get a lot of emails, and at first you see it, and it says a free screening of Jurassic Park. I thought, well what’s the catch, where do I sign. My first reaction was to call Tim and ask about it. The best part was after I verified it and set the event up, it was almost difficult to explain to families in the organization.

“I said they’re letting us take over a whole movie theater. It was awesome, especially for a small hockey association like ours.”

In the description of the sweepstakes selection standards, teamwork on and off the ice was emphasized. This is a trait that, according to both Connors and Serratore, is inherent to the Air Force youth program.

The program, which has about 120 skaters from the Mite to Bantam levels, predominately consists of both active and retired military families. According to Connors, perhaps the most important role the organization plays is giving military kids a chance to learn about hockey and be participants in the community – something that can be difficult when frequent moves can be a normal part of a military child’s experience.

“I think there is a unique bond with our organization,” Connors said. “When you’re playing in a house hockey program the focus is fun and teaching kids how to love the game. We hope that one day we would produce a Division I hockey player, but ultimately we want fun kids that are respectful and love the game.

"This organization gives an opportunity for military families to integrate in the local community. The tough part is military families often leave, so you might only have kids for 2-3 years, but the bond remains intact.”

According to Connors, the organization’s flexibility also allows kids who may have gotten a late start to hockey have an opportunity be a part of a team.

One recent example is a player who showed up last season from South Carolina with a bag full of hockey equipment he had never used before.

“He came in with his relatives’ hockey bag and said, ‘Hey coach I want to play hockey’ ”, Connors said. “I talked to the team about it because he had never played before, and I said, ‘Look, it’s your responsibility to move this kid up to your level.’ Now, two years later, he’s playing on a high school hockey team around here. That’s awesome.”

The youth association also has benefited from some regular contact and exposure to the Falcons’ Division I hockey team. Each year the Serratore family puts on a hockey camp at the Air Force Academy, and many of the participants come from the Air Force youth organization. Tim and the rest of his siblings help their dad run the camp and serve as counselors, while their mom cooks food for the coaching staff.

The camp, and its exposure to the collegiate program, is something Connors said is fascinating for the young Falcons players.

“The best part for us is when you walk off the ice, it happens a couple times a year, where you leave practice and there is open ice for the college kids to play,” said Connors. “Our kids get a such a charge out of that. … This past week [Frank] ran his camp. You don’t always see a DI hockey coach running around coordinating check-ins. It’s pretty neat that our kids get to have that level of contact with him.”

The Theater Takeover took place on June 27 and was a huge hit according to Connors and Serratore.

The kids, including players from all age levels in the organization, had access to special concession stand lines and a theater dedicated exclusively to their organization. Before the latest installment of the classic dinosaur-themed movie series commenced, a video depicting highlights from the Air Force organization’s past year was played on the big screen. Finally the youth hockey players and their families settled in and watched the action thriller which put them – especially the younger ones – on the edge of their seats.

“The biggest reaction I got was from a couple of parents I don’t even know, who just said thank you,” said Serratore. “For me the biggest part was seeing the kids’ faces and reactions. Some were super excited and some were a little nervous, because [Jurassic Park] isn’t necessarily a scary movie, but they’re kids.”

For Connors and other parents, the main takeaway was that the movie was almost a reunion for hockey association members who don’t see each other as much in the warmer months after the season.

“Having the opportunity to get our kids and families together during the off-season was so incredibly cool,” Brooke Koenig, a mother who attended the event, said. “Seeing everyone not bundled up in ice gear and catching up on how their summers are going really deepens that team bond.”

Now the association is looking forward to next season with excitement.

“I can’t begin to tell you how ecstatic everyone was,” said Connors. It was a great chance to catch up and get ready for next hockey season.”