One of Marie Fitzgerald’s current SportsEngine projects combines soccer and technology, two of her biggest passions. 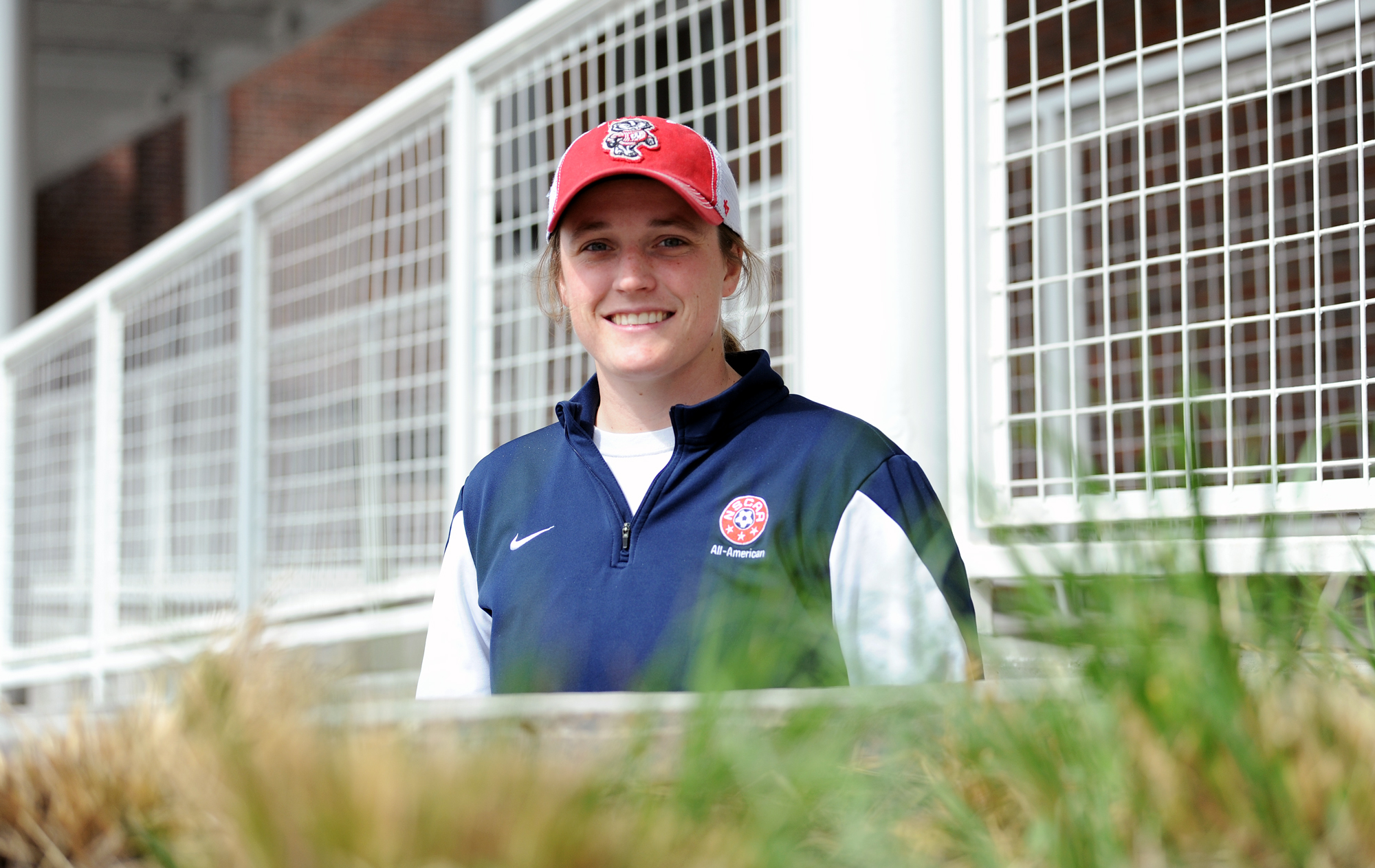 Mia Hamm was once the face of women’s soccer. And Hamm’s college, the University of North Carolina, was the preferred destination for most every starry eyed young girl playing soccer.

Count Marie Fitzgerald as one of those players.

“I had a quite a few Mia Hamm posters,” said Fitzgerald, a product marketing associate at Sports Engine. “They were taped everywhere. My door was covered with them.”

Naturally, North Carolina’s school color was Fitzgerald’s color of choice. “I had baby blue pillowcases, baby blue everything. You name it,” Fitzgerald said.

As a kid growing up in southern Wisconsin, Fitzgerald dabbled in cross country and basketball. After being convinced to try out for the football team, she was an all-conference kicker for Fort Atkinson High School after missing just two field goal attempts as a senior.

But soccer was the sport that stuck. Fitzgerald starred for her high school team, then was a top scorer and All-American at Augsburg University in Minneapolis. Once she exited her Hamm stage, Fitzgerald found role models and inspiration throughout her soccer career, none more influential than longtime Augsburg coach Mike Navarre.

“He was kind of the first coach who really focused on things that weren’t just sports related,” Fitzgerald said. “He taught us how the sport of soccer can help you become a better person, so to speak. He would always say, ‘You know, we aren’t going to change the world, but we can certainly try.’ He is super idealistic.”

Fitzgerald is passing along those same life lessons through her work as a soccer coach with the Fusion Soccer Club based in the western Minneapolis suburbs of Plymouth and Wayzata. She started coaching youth teams for what is the largest soccer club in Minnesota while she was still in college, and is currently coaching a girls U11 squad.

“Whenever I am coaching now I try to think about how can I make sure what we are doing in soccer relates to our players in their personal lives and their family lives,” Fitzgerald said. “Just holistically making them a better person. And I think sports has the ability to do that for people, just as it did for me.”

One of Fitzgerald’s current SportsEngine projects combines two of her biggest passions in soccer and technology. She’s part of the team working with Hudl on the jointly sponsored Innovator of the Year Contest in which the winner will receive a $50,000 prize package for his or her soccer club.

“Basically people can nominate anybody who is part of a soccer club,” Fitzgerald said. “So the winner could be a parent, athlete, coach, administrator, office staff – anyone associated with the club. They can go on to the contest page and nominate someone who is doing innovative work. Whether that is something with technology, maybe video streaming, it could be some new innovative drills they are using. Anyone can give their elevator pitch and say why, whoever it is, should be named innovator of the year.”

“You can be told to do so many things,” she said. “And then you can see yourself not doing the things you think you are doing. It’s like, ‘Oh wow, you are right I was not doing what I was supposed to be doing.’

"After watching video I was able to create patterns and scenarios -- 'I remember seeing this, I should be doing this.' It ended up working for me."

Help honor those who empower innovation in club soccer. Whether they’ve developed innovative ways to teach the game, communicate with players and families or manage a club soccer program, we want to know about it.