Torrey Smith’s story is the stuff of Disney: Born to his 16-year-old mother Monica, nearly three months early, just 5 pounds, 6 ounces; hospitalized for 10 weeks because of a lung problem; not connected to his biological father and burdened with helping to raise his younger siblings at the age of 7.

SUPER BOWL SERIES
This is one in a series of SportsEngine's youth sports-related stories leading up to Super Bowl LII between the Philadelphia Eagles and New England Patriots in Minneapolis. 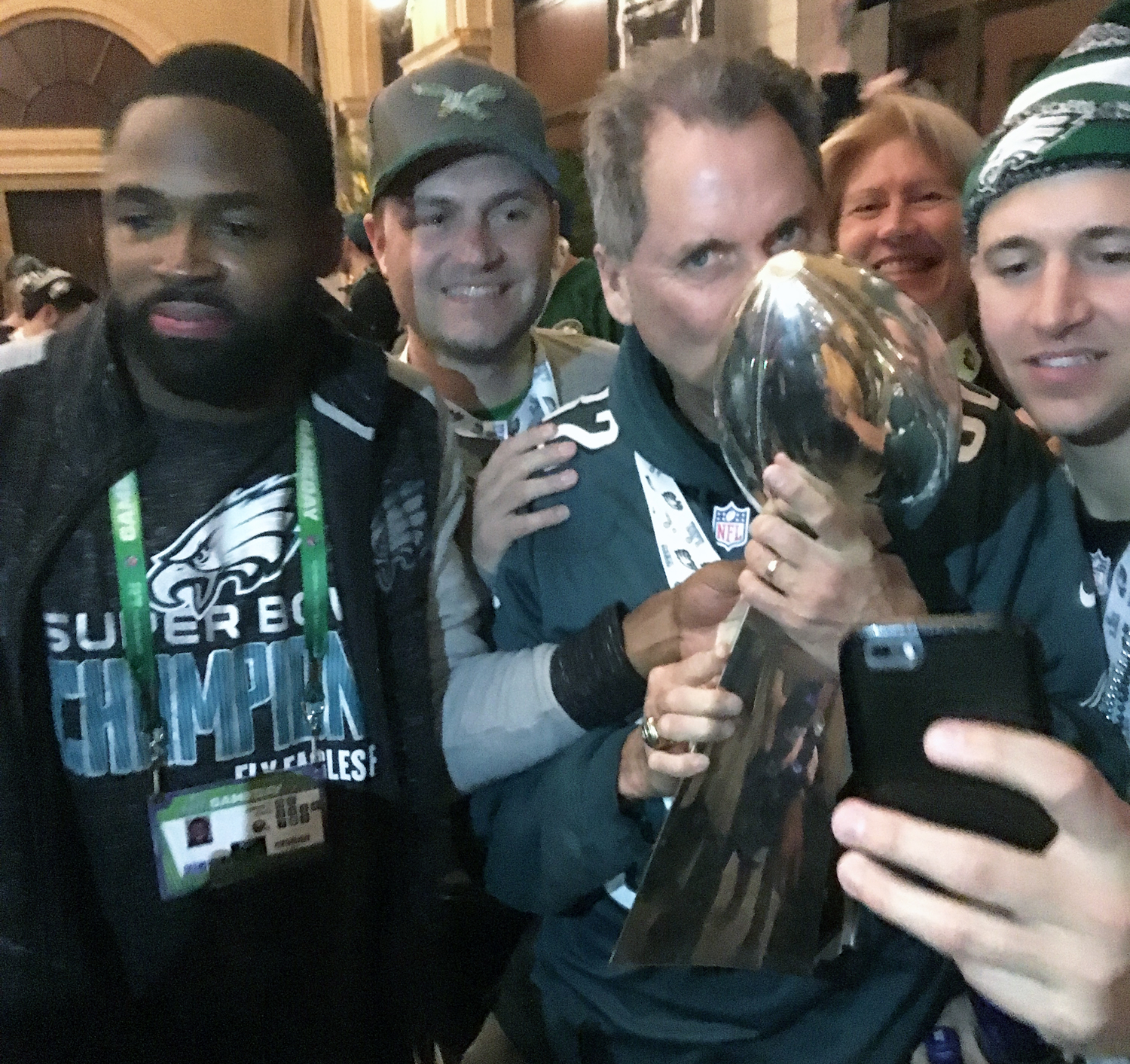 Editors's Note: This original version of this story was updated on Feb. 6 with details from the aftermath of the Philadelphia Eagles' Super Bowl victory.

Steve Swope’s dream is now a reality. The lifelong Philadelphia Eagles fan was at U.S. Bank Stadium Sunday, when his beloved team — with one of his former players, Torrey Smith — defeated the New England Patriots, 41-33.

Sitting in section 116, near the Eagles’ end zone, Swope couldn’t believe he was on hand for the franchise’s first Super Bowl victory.

“It’s hard to explain the emotion that runs through you when that clock hit zero,” Swope said Tuesday. “I cried like a baby for 30 minutes.

Swope will now retire his lucky Eagles outfit, which consists of black sweat pants, a long-sleeved Eagles shirt over an Eagles hoodie, then finally topped with a Torrey Smith Eagles’ jersey.

After Sunday’s game, Swope was invited to the Eagles’ victory party at The Depot, about five blocks from U.S. Bank Stadium. There was free food and drinks and a deejay playing celebratory music.

Swope stayed until the party officially shut down at 4 a.m.

Asked when was the last time the retired coach was out that late, Swope said, “Maybe college.

“I just wanted to freeze that in time.”

Swope visited with Smith’s family and embraced the Lombardi Trophy.

“All my friends hassled me. ‘It’s the flu season, you don’t know where that trophy has been!’ ” Swope said. “But I didn’t want to take my lips off of it.”

Swope won’t be able to attend the Eagles parade in Philadelphia on Thursday. He’s got to work, after all, heading down to Clearwater, Florida, where he works as an usher for the Phillies during spring training.

“It’s all due to doing good things for kids, when they’re five years old, never having any idea it could turn into this,” Swope said. “But if you just treat people right in life, you never know when it comes back around for you.”

Barely showered and dressed, Torrey Smith briskly walked to the Touchdown Club, where friends and family awaited, and approached his first childhood coach.

Steve Swope, a physical education teacher and coach for 50 years in Smith’s hometown of Colonial Beach, Virginia, has been a lifelong Philadelphia Eagles fan in Washington Redskins country.

“I got you two tickets to the Super Bowl!” Smith told Swope after this year’s NFC Championship Game.

Smith’s story is the stuff of Disney: Born to his 16-year-old mother Monica, nearly three months early, just 5 pounds, 6 ounces; hospitalized for 10 weeks because of a lung problem; not connected to his biological father and burdened with helping to raise his younger siblings at the age of 7. 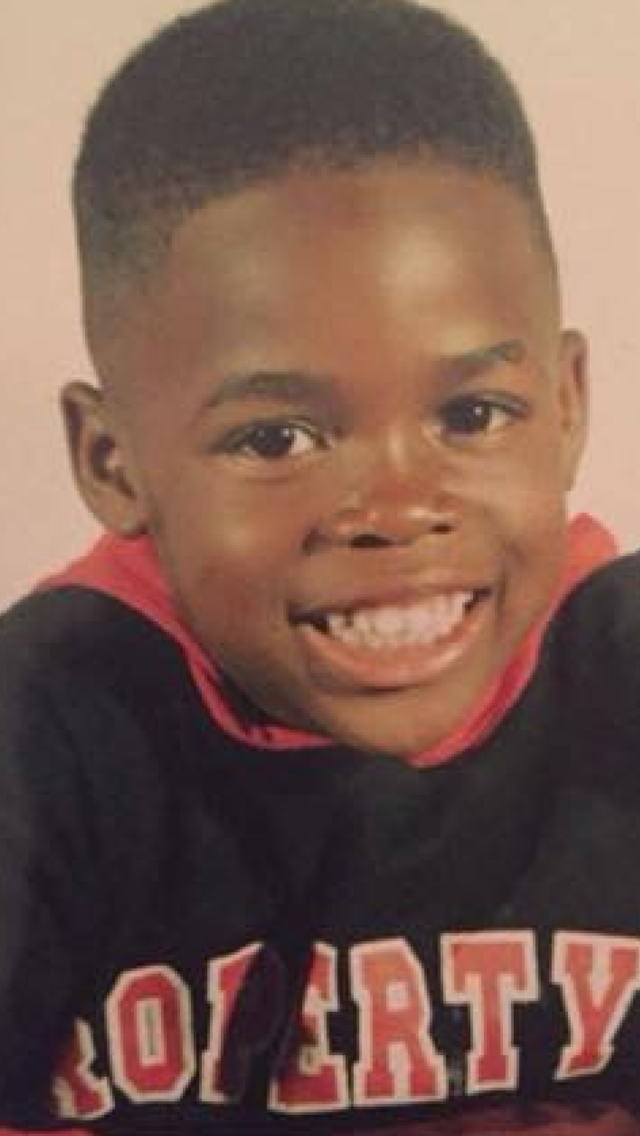 A young Torrey Smith excelled at all sports as a kid. 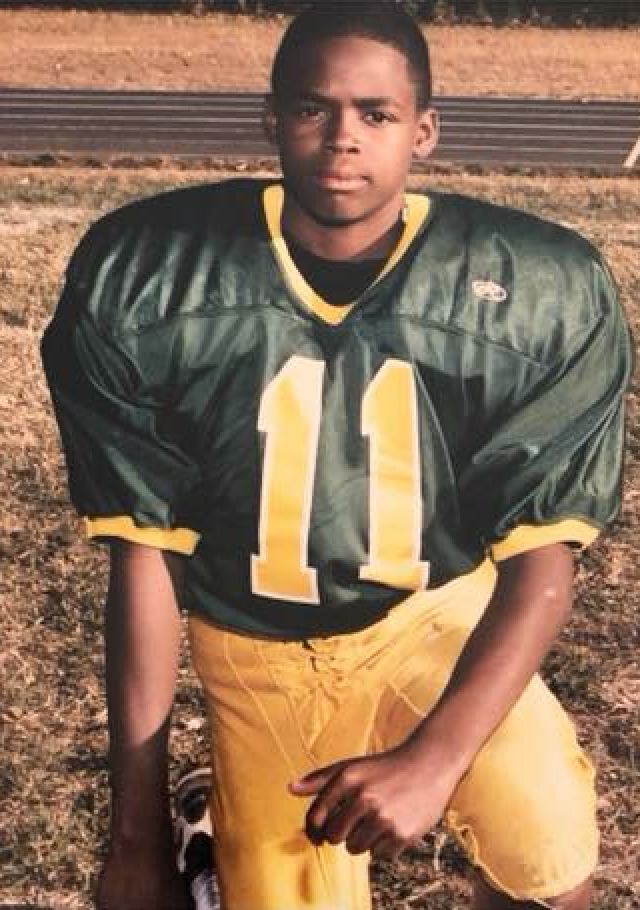 Yet Smith is grateful for all those who poured into him, as a boy growing up in Colonial Beach, population 3,500, on the Potomac River about 65 miles south of Washington, D.C.

“Where I’m from, people are grounded,” Smith says. “I’m thankful because everyone who extended their hand to me didn’t have to. I appreciate each and every person I’ve met along the way has made an impact on me.”

Asked why he provided Swope tickets to Super Bowl XLII, Smith says, “First of all, he’s the biggest Eagles fan I know. But I also know how big of an impact he had on me, as a man. Little things: Him taking us to football games and him being with his family. I saw how a family should work. This was a person who gives back to his community in the best way he knows how, and I got to see that.”

Informed of Smith’s comments Tuesday, Swope chokes up during a phone call.

“Man, that brings some emotion,” he says. “Some people say LeBron James is the Chosen One. It’s not. It’s Torrey Smith from Colonial Beach.”

Steve Swope was raised by his grandmother, affectionately known as Grandma Kinney, in Colonial Beach. She instilled in him a love for his community and a passion to help others. As a boy, Swope’s free time was spent playing basketball and wiffle ball with his friends.

“My grandmother had a saying: ‘You have to wake up every day with a ball in your hand to survive.’ That stayed with me forever,” Swope says.

After attending Virginia Tech, he returned to Colonial Beach to teach and coach — for five decades. As the high school basketball coach, he finished with a record of 517 wins and 237 losses, a 14-time recipient as the district’s coach of the year.

In 2009, Swope led the Drifters to the school’s one and only state title.

“I’m very blessed to be from a small community, and we had great kids come through,” Swope says. “If you treat kids and the people you’re around with respect, they’re always going to remember that.”

At Colonial Beach Elementary School, Swope immediately noticed a preschooler who dominated in everything. He’d boot home runs in kickball, nobody could touch him in tag or beat him in a race.

“I could look at him and say, ‘He has this Wow Factor,’ ” Swope recalls.

That next summer, Grandma Lulu walked him across the parking lot from a housing project and approached Swope, who was running a weeklong basketball camp that cost money to participate in.

“What can I do to get him in camp?” Grandma Lulu said.

Swope already knew the family; he’d taught Torrey’s mother, Monica, also. But while Monica was sassy, Torrey was a unique athlete and competitor.

“The thing about Torrey, he would beat you in a race then almost apologize,” Swope says. “He wanted to make sure he wouldn’t hurt your feelings. He was that sincere a kid.”

Asked if football was his favorite sport, Smith says, “It depended on the season.”

But Swope actually thought Smith would become a pro in a different sport.

“He was a great three-sport star,” Swope says, “but I really thought baseball was his best sport. He was exceptional. Had great hand eye coordination. Could run it down in the outfield, run the bases and hit.”

But as he neared graduation, Smith strongly believed his athletic path was clear.

“For me, when I saw that I had an opportunity at big universities in football,” he says. “That was a big deal for me. That’s when I made my decision.”

After a standout career at Maryland, Smith was selected in the second round of the 2011 NFL Draft by the Baltimore Ravens. He earned a Super Bowl ring, when the Ravens defeated the San Francisco 49ers 34-31 in Super Bowl XLVII. In that game, he caught two passes for 35 yards. For the season, he had 48 catches for 855 yards and eight receiving touchdowns.

Following two seasons with the San Francisco 49ers, Smith signed a one-year, $5 million contract with the Eagles on March 9. He started 11 games this season and finished with 33 catches for 408 yards and two touchdowns. In a 38-7 blowout over the Minnesota Vikings in the NFC Championship Game, Smith hauled in a 41-yard touchdown pass.

When he collected himself after Smith told him about the Super Bowl tickets, Swope called his wife and asked her to book two plane tickets to Minneapolis for Super Bowl XLII. He’ll arrive on Friday — and he’s still struggling to grasp all that’s happened, the prospect of one of his former athletes possibly leading his favorite football team to its first Super Bowl victory.

“I still got coach’s worry!” Swope says. “I’ll be tortured until Sunday night. But who doesn’t love a big game?” 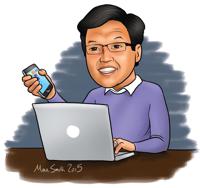