The scientific evidence available at this time has not linked the synthetic rubber pellets in artificial turf surfaces to any cancer-related, long-term health risks.

Compared to the head-smashing hits of American football or the bone-crushing scrums of rugby, soccer has traditionally been perceived as a relatively safe sport, immune to catastrophic injuries and major health risks.

Every two years the worldwide notoriety of the Euro and World Cup reopens the floodgates for soccer critics to take their jabs at the unpopular tactic of "flopping" or "diving" (acting as if a foul occurred despite no significant contact), portraying soccer as "soft" and a far cry from the dangerous nature of football, rugby, hockey and other more physical sports.

But 2017 marked a seismic shift in the world's perception of safety in soccer. Alarming research illuminated the frequency and seriousness of concussion risks stemming from one of the game's most common plays -- head balls.

The adverse PR didn't stop there. A new health scare began to gain traction, and this time the root cause was an unsuspecting culprit -- the artificial turf playing field. 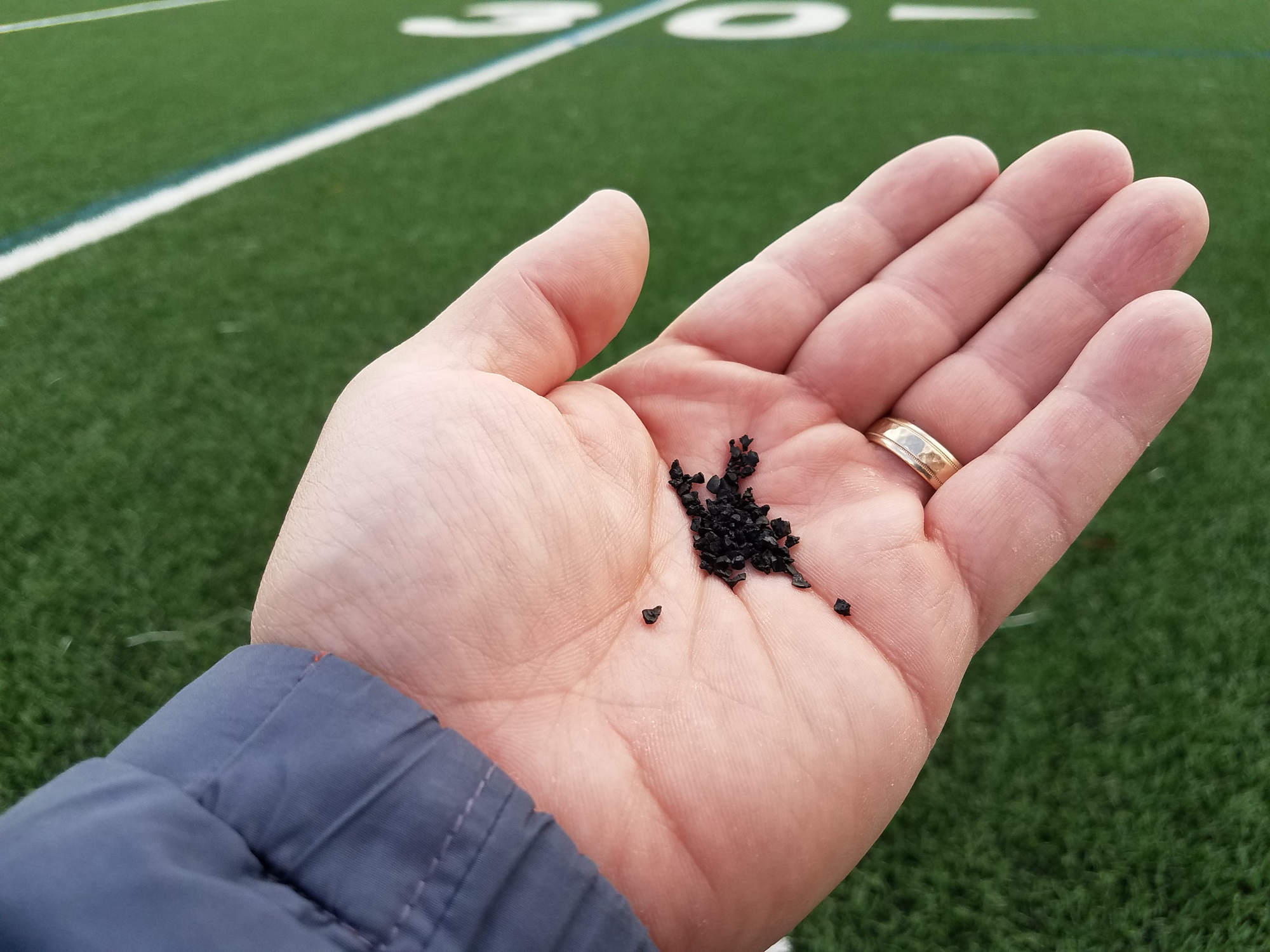 It all started back in 2015 when Amy Griffin, assistant women's soccer coach at the University of Washington, and Jean Bryant, mother of three soccer playing boys, voiced concerns about "the little black dots" in artificial turf playing surfaces.

Those dots are rubber pellets made from recycled tire crumbs and have become a fixture in the commonly installed artificial multi-purpose playing fields now popping up all over the world at an unprecedented rate.

According to a research study published by ReportsnReports.com, the artificial grass turf market was projected to grow at a 12% rate annually from 2015-2019.

The appeal of these playing surfaces is particularly high in regions where the environmental conditions are harsh and sustaining traditional grass fields year round is a major challenge. According to an article published by Boris Doynov at eumotus.com, artificial turf is much less costly to maintain than traditional grass fields as it does not require the irrigation maintenance upkeep, nor the use of pesticides and fertilizers.

But as Bryant and Griffin brought to light, these cost benefits may come at steep price. Griffin began noticing an abnormal trend of soccer players she had worked with being diagnosed with cancer, many of them ex-goalies who are more prone to diving on the field.

She compiled a list of these names in hopes of determining if there was a link between artificial turf exposure and serious health conditions. Bryant's oldest son, Jack, was added to the list of about 50 players after he was diagnosed with Hodgkin's lymphoma.

The Washington State Department of Health, along with researchers at the University of Washington School of Public Health, dove into the list of players identified by Griffin to test the statistical significant of the cancer rate, relative to other Washington residents in similar age groups. It's important to note that the investigation was NOT designed to assess if soccer players in general were at increased risk of cancer due specifically to exposure to the tire crumbs in artificial turf.

The findings from the investigation recommended that those who enjoy playing soccer continue to play regardless of the playing surface. The findings go on to state that this recommendation was, "based on [the] investigation and the available research on crumb rubber which currently does not suggest it poses a significant public health risk. Assurances of the safety of artificial turf with crumb rubber are limited by the lack of adequate information on potential toxicity and exposure."

The report later clarifies, "the available research suggests exposures from crumb rubber are very low and will not cause cancer among soccer players."

Conclusion: The takeaway is that while ongoing research continues to further probe this topic, the scientific evidence available at this time has not linked the synthetic rubber pellets in artificial turf surfaces to any cancer-related, long-term health risks.

However, this debate is not going away anytime soon - the high-profile contention between U.S Soccer and the women's national team regarding the use of artificial turf playing fields in international matches has manifested in heated negotiations. A collection of the top U.S and other international women soccer players tried [yet failed] to have all turf fields replaced by grass in the 2015 World Cup, prompting the U.S women's national team to file a workplace discrimination complaint with the Equal Employment Opportunity Commission in 2016 - this case has yet to be resolved.

Other Articles by Player's Health