Baseball league founder hears it all

Bob Delahant, who started the massive USABL 30 years ago, has deliberated over hundreds of protests

Delahant started a New Jersey-based baseball league in 1986, attracting his first platoon of adult players – just enough brave and curious souls to field a handful of teams – through postage-stamp sized classified ads purchased in local newspapers. Back then, he never could have imagined he would someday become equal parts judge and jury, sounding board and punching bag. 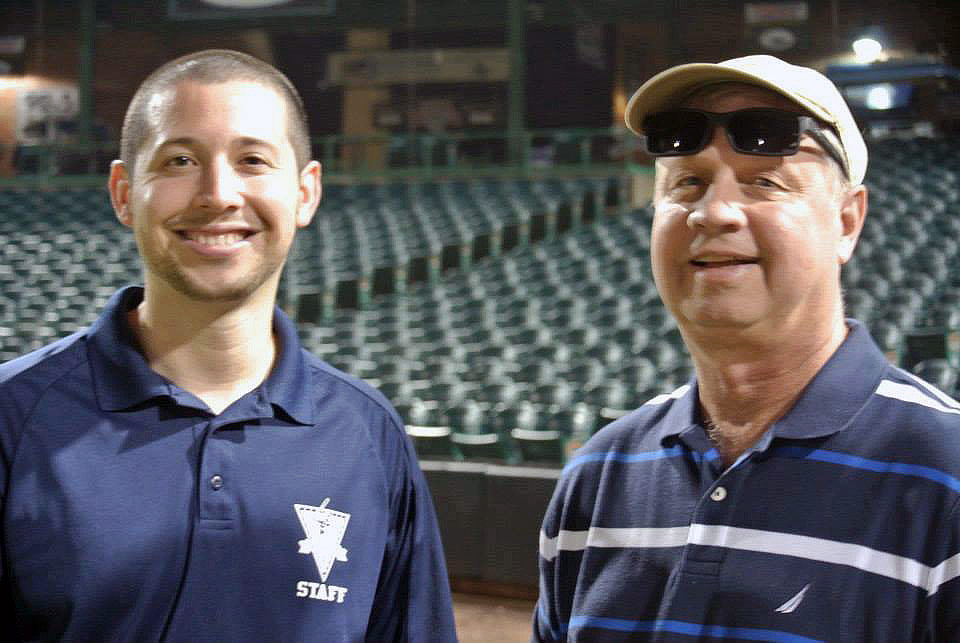 Brian Delahant, left, and his father, Bob join forces to run the United States Amateur Baseball League, one of the largest amateur baseball leagues in the nation.

“Whenever you start a league, that first year everybody is just so thrilled with it that they are all is patting you on the back telling you what a great guy you are,” said Delahant, who now works with his son, Brian, to run the 2,000-plus team United States Amateur Baseball League. “The second year, that’s when the problems start, that’s when you become a son of a bitch.”

Protests? There have been a lot of them through the years. Dozens, hundreds, thousands maybe

Turns out, a losing team can be inclined to protest most anything. And by anything, we mean everything.

“This guy has got the wrong shoelaces, that guy had tape on his bat,” Delahant said, running through a never-ending list of supposedly protest-worthy transgressions. “When you are running a league, and someone protests a game, you have got to deal with it. You can’t just say this is bull (expletive).”

So Delahant listens. And listens. Then listens some more.

But even Delahant’s patience-of-a-saint demeanor was tested the day he heard the protest to end all protests.

As the legendary and altogether true tale goes, a losing team protested a game in which the sun supposedly was in its players’ eyes every time they were up at the plate. And when the other team was at the plate, the protest claimed, the sun was always behind the clouds.

“They wanted to replay the game under better weather,” Delahant said.

It’s hard to imagine anyone better suited to deal with such wackiness as Delahant, whose quick wit and dry sense of humor allow him to easily diffuse potentially explosive confrontations.

Teams: The combined number of adult and youth teams fluctuates somewhere between 2,000 and 2,500 depending on the season.

Location: The USABL covers most all of New Jersey and stretches into Pennsylvania. 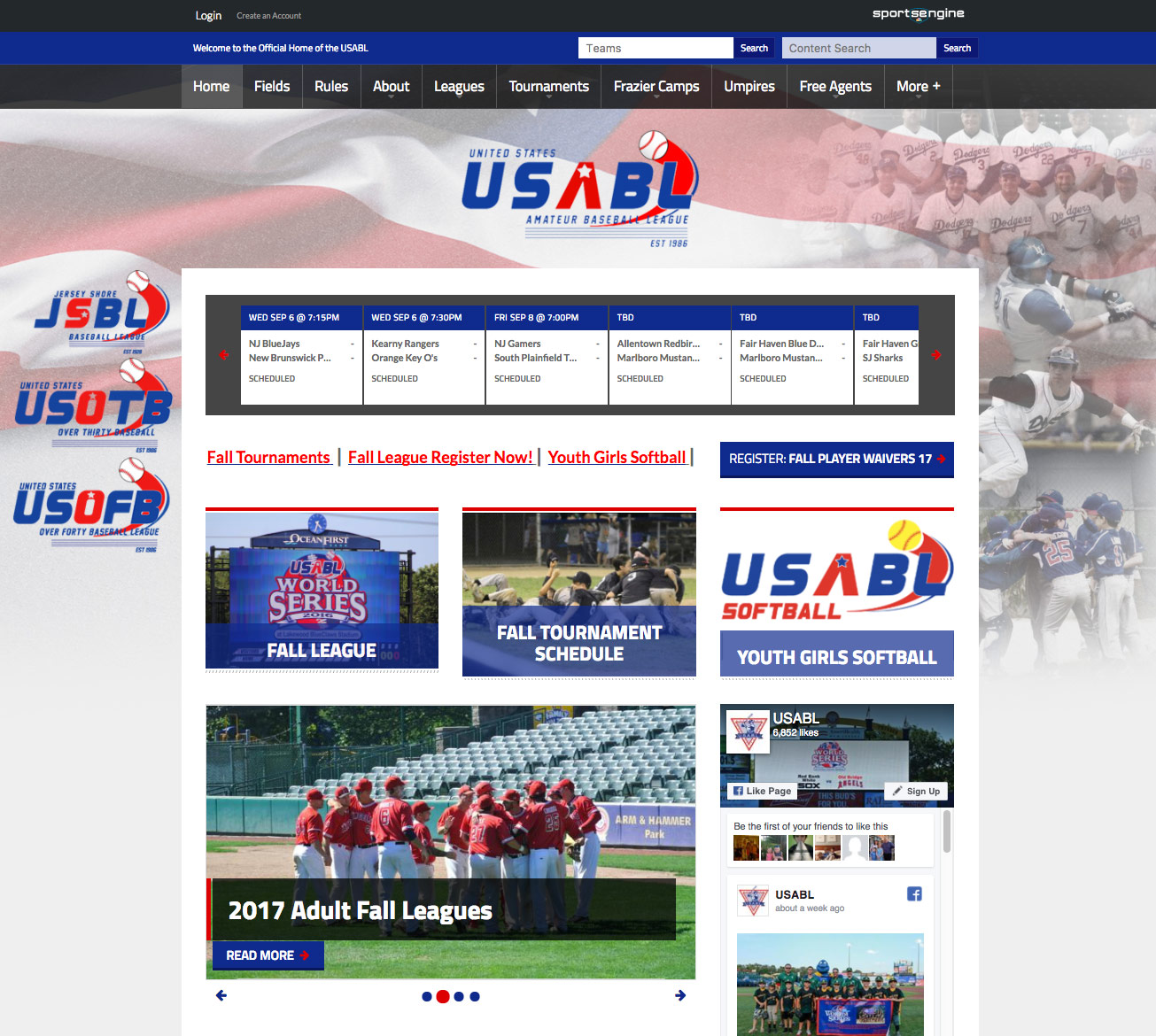 Delahant was running a hamburger joint a stone’s throw from the Jersey Shore in Point Pleasant when he was struck with a lightning bolt of inspiration. While playing in a softball league he had discovered most everyone, including himself, would rather be playing baseball. “They had a real love for the game,” he said.

While softball leagues were abundant, men’s baseball leagues were virtually nonexistent. He wanted to create a league for over-30 players, “a place for myself and a few friends to play,” Delahant says.

So he bought the newspaper ads (“I think for one of them I paid $80 for one column by one inch – if you blinked you would have missed it”) and waited for the phone to ring. Sure enough, it did.

“I had a couple hundred people call me and say, ‘Yeah, yeah count me in,’ ” Delahant said. “But when it came time to ask them for money, most of them bailed out.

“I would meet them at a bar or a restaurant. Sometimes the meetings would have 10 or 12 guys. Sometimes you would go to a meeting and there would be two guys, and you would be as embarrassed as hell. I would drive to guys’ houses and ask them why they didn’t show up.”

After his wife alerted him to those original classified ads, Anthony Scamardella attended one of Delahant’s start-up meetings three decades ago. Scamardella, 60, has been involved as a player, coach and umpire in the USABL ever since, experiencing all sides of one of the nation’s largest amateur baseball leagues.

“Bob managed in a way that said, ‘I’m organizing this for you,’ ” Scamardella said. “In no way was there a sense of him acting like a baseball commissioner or a baseball commandant.

“In those early years a lot of the men playing were married, working and possibly had kids or kids on the way,” Scamardella said. “It was loose enough that it accommodated everybody’s schedule. It was a lot of fun.”

Delahant’s league grew from five teams in 1986 to 12 the next year. The numbers continued to double every year for the next several years climbing from 25 to 50 to 100. For years, Delahant split time between running the restaurant (it was named, simply, Delahant's) and managing his league.

"I would be taking 100 phone calls a day, running around with a phone tucked in under my ear," Delahant said. 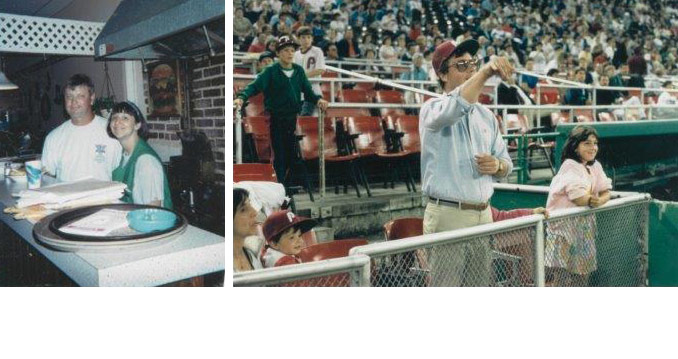 Delahant’s next great inspiration came not long after the birth of his son Brian, who proved to be a baseball fanatic just like his dad. Brian was 9 years old and had just completed his season in a local rec league when Bob asked himself, “Is that it? Let’s see if we can get some games.”

And so the USABL’s first youth league was born. It included all of three teams that first season.

“And then people started coming out of the woodwork wanting to join,” Delahant said.

When Brian’s baseball career ended he joined his dad in running the league. Brian was still in college when he ushered the USABL into the digital age, introducing online registration and scheduling and creating a website with a full array of rosters, schedules, standings and instantly updated tournament information and notifications.

"During the peak of each season we're working 18-hour days, 7 days a week," Brian said. "It can be really challenging. Every now and then I force myself to take a step back and look at the opportunities we are providing to baseball players of all ages who have a great passion for the sport. That makes it all worth it."

Brian still works closely with SportsEngine to ensure his coaches, players and teams are equipped with the tools to get the information they need as quickly and efficiently as possible.

“When Brian was in college I said to him, ‘What to you want to do?’ ” the 70-year-old Delahant said. “He says to me, ‘I want to do what you do.’ I told him nobody is going to understand what you do for the rest of your life if you do what I do.”

Undeterred, Brian helped grow the league from 800 teams past the 2,000 mark.

"Brian came in and sort of doubled everything," Bob said.

I told him nobody is going to understand what you do for the rest of your life if you do what I do."
- USABL founder Bob Delahant on his son, Brian, leading the organization

The league, which stretches into parts of Pennsylvania, is still growing, and within a few years could have more than 2,500 teams.

“I just about know how to turn the computer on, and he is doing things in 10 minutes that it would take me the entire day to do,” Bob said about his son. “Spreadsheets and schedules … he has really brought the business into the 21st century.”

The Delahants each work out of “war rooms” in their respective homes, separated by about 22 miles of New Jersey shorelline (Bob is still in Point Pleasant; Brian lives to the north in Red Bank). They spend more than 10 months each year year running the organization. Brian estimates his dad still works 50- to 60-hour workweeks.

“He handles a lot of the bookkeeping stuff still, he’s pretty much our accountant,” Brian said about his dad. “If something big happens we still get him involved.”

“Any protest pretty much still gets thrown back into his lap,” Brian said.