Site redesign for Chicago-area baseball organization gets thumbs up from board members, parents 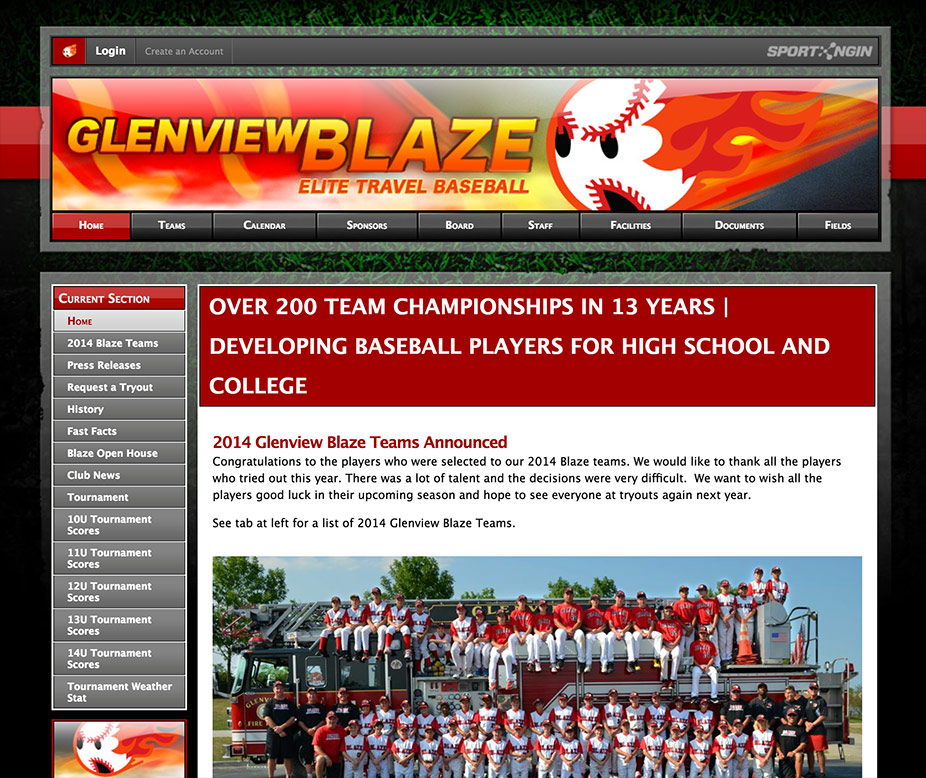 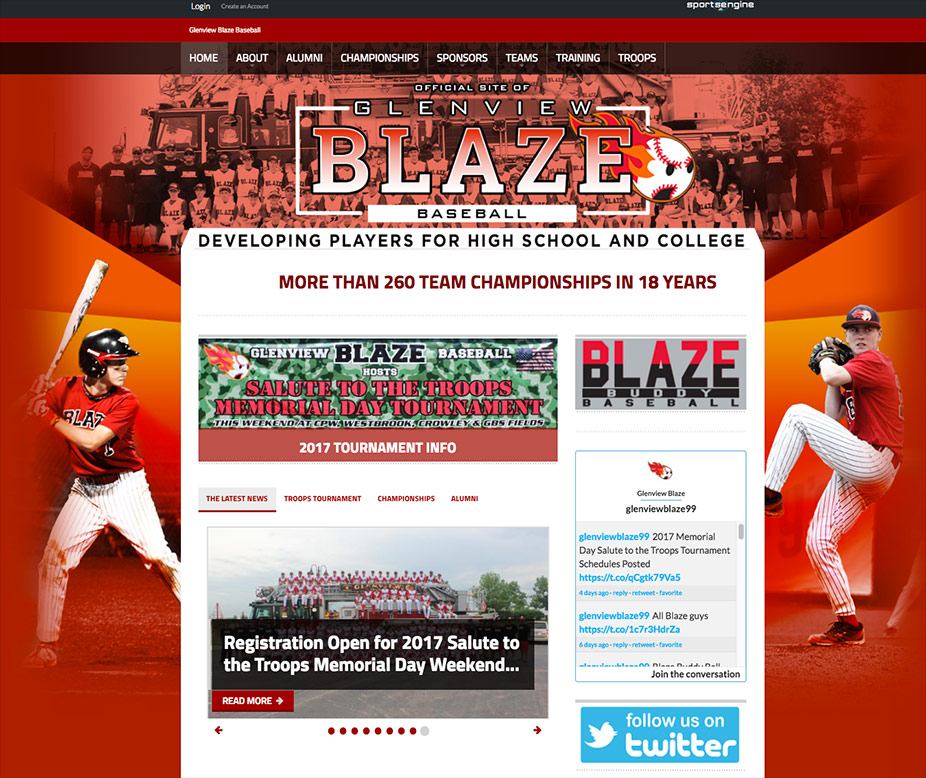 What: Chicago-area travel baseball organization for players ranging in age from 10U to 14U

Making it happen: The annual "fire truck photo" is a big deal for the organization, according to webmaster Daniel Neppl. So he was particularly pleased that a photo showing Blaze players and coaches from all of the organization's teams lined up in front of the truck (and seated atop it) played a starring role in the new site design. Neppl said the redesign went faster than he expected. "I kept being told I would get the latest revision in a week or 10 days, and I would get it in three," he said. "The only holdup was on my side. It would come back to me, and I was waiting on people in my organization."