It was a joyous moment, then, when Dahline’s only son, Trey, finally was old enough to plant his wobbly, potato-sized skates on the ice as a Mite officially enrolled in the sprawling Edina (Minnesota) Hockey Association.

Dahline jumped in with both feet, too. He not only volunteered to help coach Trey’s team, but also took on a board member role for what is one of the nation’s largest youth hockey associations (about 80 teams and 1,300 participants last season). 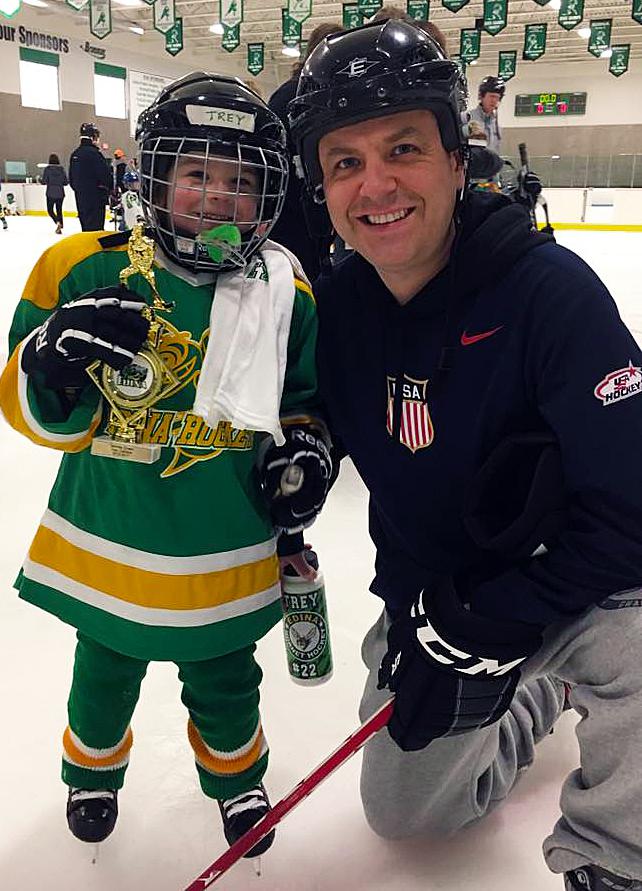 Dahline agreed to assume Edina Hockey Association’s fundraising and sponsorships responsibilities. But as the baton was being passed he wondered if he was making a life-altering mistake.

Complicating matters was a balky computer with corrupt files. The digital trail needed to track which sponsors had agreed to pay how much, and for what, had all but disappeared. Other than some old email exchanges that were forwarded to him, Dahline was starting from scratch.

“The transition was not really that smooth,” Dahline said. “There was a rat’s nest of multiple different types of materials and past information. Here was a bill that was sent out, here was an invoice. But no proof that it was paid.

“That was the beginning.”

A native of Grand Rapids, Minnesota, Dahline knows all about hardhats, lunch buckets and rolled-up sleeves. Hard work? Dahline’s father worked in the paper mill that for decades has fueled the economy of Grand Rapids, a city of about 10,000 that got its start as a logging town and sits just south of Minnesota’s famed mining-oriented Iron Range.

Combining his blue-collar roots and flair for technology, Dahline (SportsEngine’s Director of Marketing) went to work. Moving beyond the initial headache of reconciling outstanding bills and past payments, one of Dahline’s first projects was to create a Sponsorship Guide. In a nutshell, the 13-page PDF document lists what Edina Hockey has for sale and for how much and what sponsors get in return.

“Jim, as a first-year guy, came in and did the work,” said Ben Friswold, the association’s treasurer who worked closely with Dahline. “This isn’t all strategy, up-in-the clouds meetings. This is a working board. This is making stuff happen.

“Jim attends the meetings, he volunteers for projects, he gets dirty.”

As listed on the PDF created by Dahline, Edina team sponsorships range in price from $1,550 to $1,750 depending on the competitive level. Sponsors in return get:

• Company logo on billboard in east and west rinks

create your own sponsorship guide

Among the other available sponsorships are those for dasher boards, tournaments, tournament books and space on the association’s website.

One particularly successful – and decidedly out-of-the box – program is tied to Edina’s Fourth of July parade. Last year Edina Hockey Association members handed out more than 1,000 foam pucks. Printed on one side of the pucks was the EHA logo (a grinning, hockey-stick wielding hornet). On the other side were sponsor logos and marketing information.

In another boon for the association, Dave & Busters, a restaurant/video arcade with a location in Edina (a Minneapolis suburb with a population of about 50,000), signed on as Edina Hockey’s official party headquarters.

Working side-by-side with Edina Hockey Association president Joseph Hulbert, Dahline raised about $150,000 in sponsorships, an increase of about $40,000 from the previous year. Despite his rookie success, Dahline, who gained experience securing and showcasing sponsorships through his work with the Minneapolis-based U.S. Pond Hockey Championships, isn’t satisfied.

I go spend time at other associations. What I don’t really see is a lot of options for sponsors. I don’t see a lot of variation in what they call a sponsor.”
- Jim Dahline

“I still look for ideas,” he said. “I go spend time at other associations. What I don’t really see is a lot of options for sponsors. I don’t see a lot of variation in what they call a sponsor.”

In Dahline’s eyes, every blank wall or pixel of digital white space presents itself as a sponsorship opportunity.

“I’ll look around (at other association’s) facilities, or their websites, and say, ‘That would be a great spot for something,’ ” Dahline said. “They might be leaving money on the table for themselves.”

Thanks to what Dahline describes as a “transformational” release of technology, those initial concerns of logging life-changing hours – most of them spent securing and managing payments from sponsors – never materialized.

Dahline runs his entire sponsorship program through SportsEngine’s new PowerPay software. With PowerPay, he can send invoices, collect payments, track who has and hasn’t paid and schedule reminders to be sent automatically.

“I can’t imagine running this program without it,” Dahline said. “Most of the stuff that was taking 20 to 30 hours a week during the season all went away with a little bit of work ahead of time.”

Dahline said he was thrilled when PowerPay was upgraded recently to allow payments from checking accounts. Now there are even fewer payments that he’s forced to manually track and manage.

“As we look at this year we have 100 percent compliance on sponsor payments,” Friswold said. “I don’t know if that has ever happened before.

“We now have great records.” 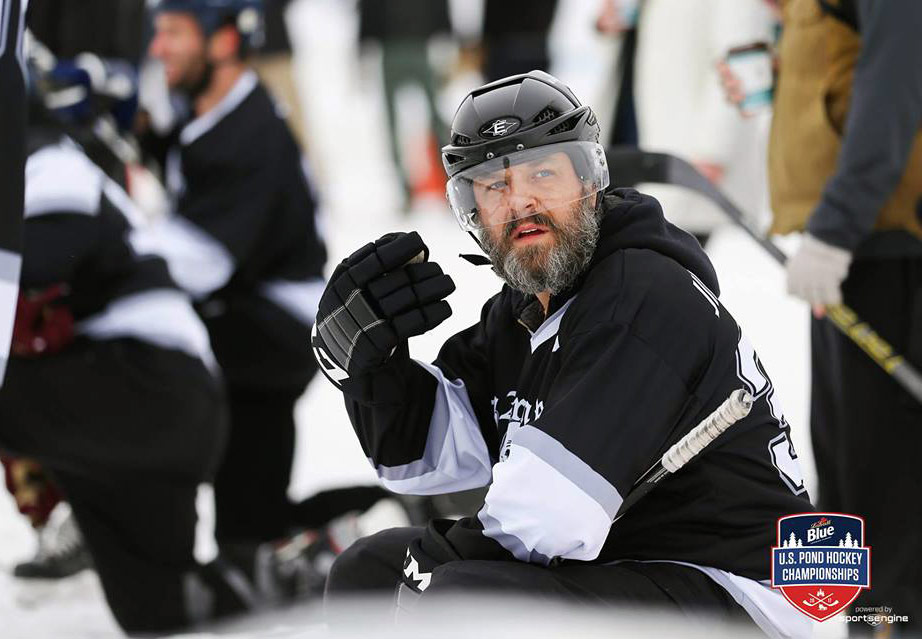 Jim Dahline is a regular as a player in the U.S. Pond Hockey Championships, but his work as a volunteer for the event helped prepare him for his board position with the Edina Hockey Association.