Lax rat is guru for goalies

The project called for 12-hour days and seven-day weeks.

Damon Wilson was working as a consultant and team lead for a massive tech company at the time, and, as always, he was up for the challenge. No workload, seemingly, was too much for the energetic Wilson to bear. When that last big project was done though - well, so was he.

“It sucked the soul out of me,” Wilson said. “I quit. The idea of working again seemed so far-fetched to me.” Wilson, a San Francisco-area native who has signed on as a regular contributor to SportsEngine’s new Media Center, escaped the daily grind by tossing a backpack over his shoulders and heading south - about as far away from the Bay Area as possible. 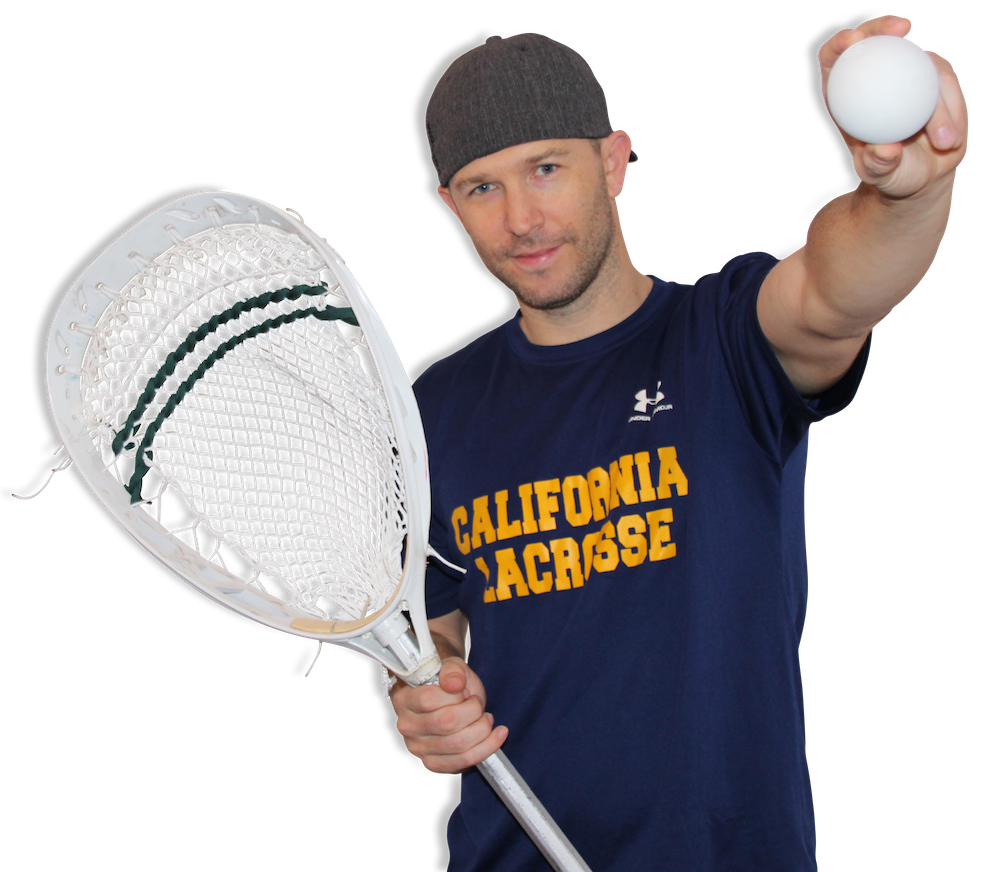 “I went backpacking around South America for six months,” said Wilson, who learned Spanish during his sightseeing sojourn.

Upon his return, Wilson joined a start up company in San Francisco as a senior technical account manager. But he found his attention straying to his other career (Wilson is a lacrosse goalie coach and blogger) and decided to work on his own as a web developer and designer. Downtime during and between projects spurred him to get serious about his lacrosse blog.

Wilson said he would go to the gym and, in the midst of his workouts, have any array of  lacrosse topics pop into his head.

“I published my first post in September of 2015,” said Wilson, who was a goaltender on the Univeristy of California-Berkley club lacrosse team. “I was pretty intense about writing right off the bat. I was writing when I probably should have been focusing on my day job.”

Wilson’s work caught the attention of SportsEngine product marketing manager Rob Bedeaux, who was looking for regular contributors to the Media Center, a repository of sports- and technology-focused content available for all SportsEngine clients to use on their sites.

Wilson posts once a week to his Lax Goalie Rat site (www.laxgoalierat.com). He has more than 100 posts on his site that promises, “My lacrosse goalie tips, drills and coaching will show you the path from a nervous, flinching beginner to a confident lax goalie and a leader in the crease and in life.” 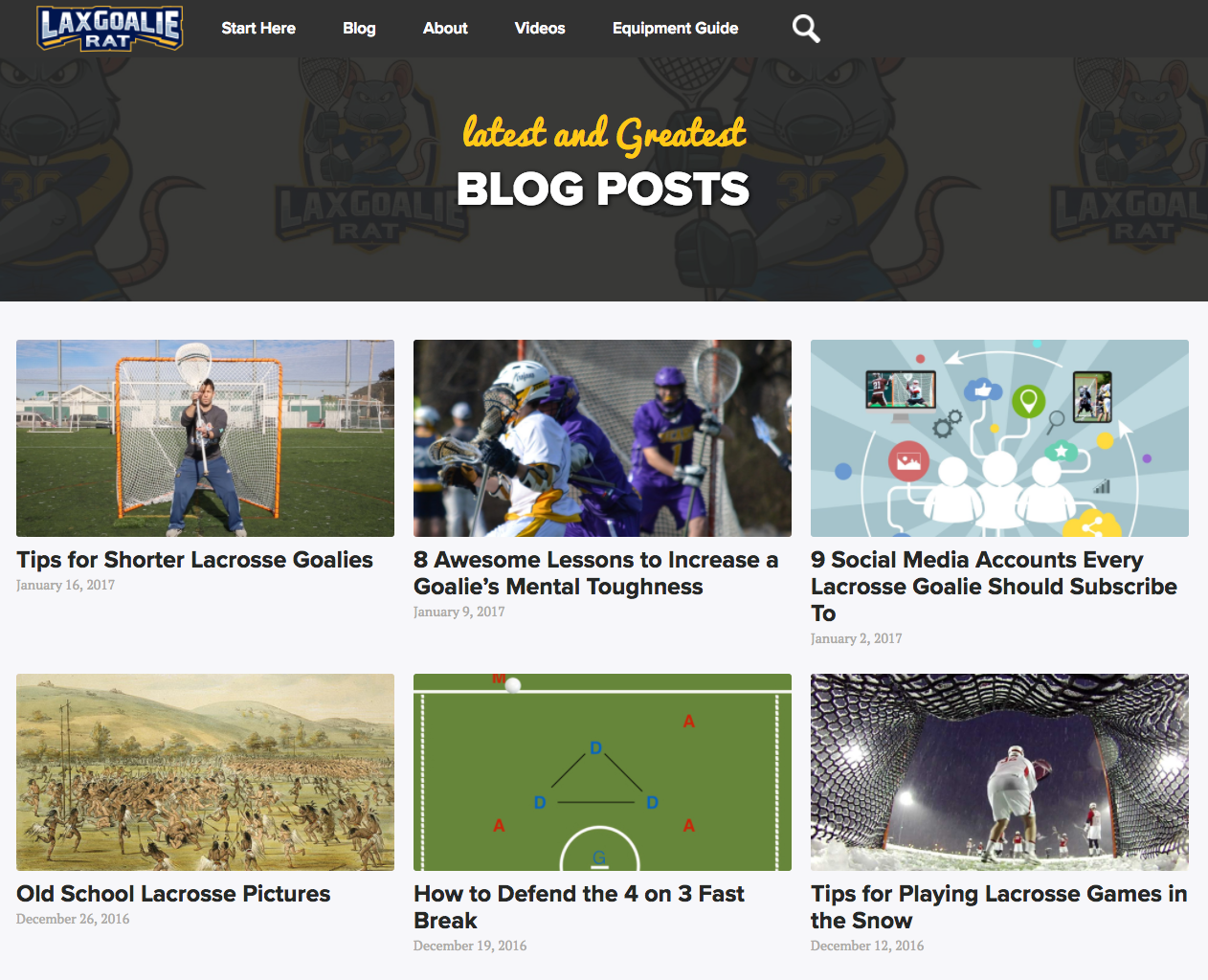 Many of Wilson’s early posts were centered on a basic lacrosse goaltending concepts. He says his most popular post is the one posted on October 6, 2015 titled “16 Lacrosse Goalie Drills to Improve Your Reaction Time and Foot Speed.”

A three-sport (soccer, wrestling and tennis) athlete in high school, Wilson showed up at Cal with the intention of playing a sport there, too. He wasn’t sure which sport until he met a dorm neighbor who played lacrosse. Wilson decided to give it a try, made the team and halfway through his freshman season moved into the backup goaltender role after an injury created an opening. Wilson soaked in every piece of goaltending knowledge he could find and eventually became the team’s starter his final two seasons.

That shotgun initiation to the position left Wilson with the mission to provide future young lacrosse goalies with the database of knowledge Wilson has collected over the years.

“I felt like I had so much I needed to say about being a goalie,” he said.

Wilson’s blog has 1,250 subscribers. Traffic to his site has grown every year, with the peak coming last April. He said the origin of many of his posts come from parents’ or athletes’ questions. Instead of sending the response in an email, Wilson instead types it up as a blog posts and then shares the link. He said if he is unsure of a topic, he consults with other goaltenders and coaches before writing his posts.

"Interestingly enough, although a lot of my content has goalie information, and says goalie in it, is for anybody who plays goalie or just sports in general," Wilson said.

Webmasters can mirror any of the aggregators onto their SportsEngine site. The Mirrors icon will not display unless you are logged into the Media Center using your SportsEngine account. Options are available for 3-, 5- and 10-article aggregators. Content is also available through RSS feeds. 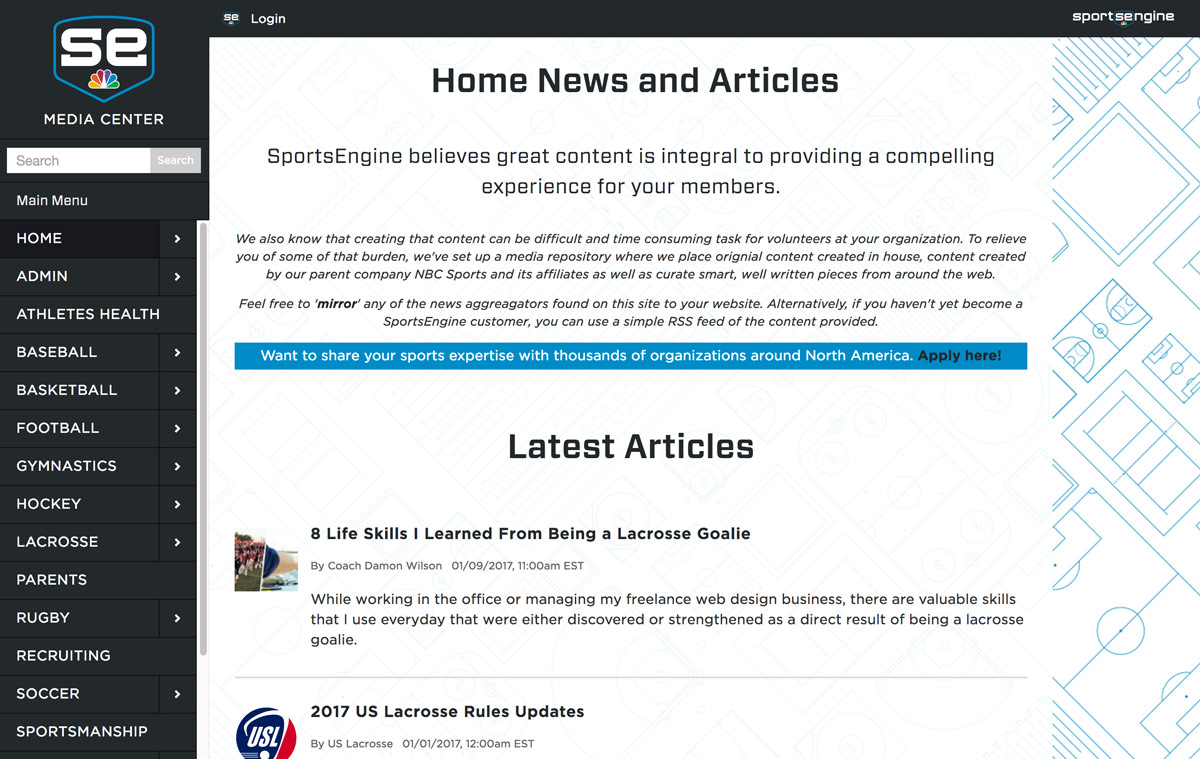