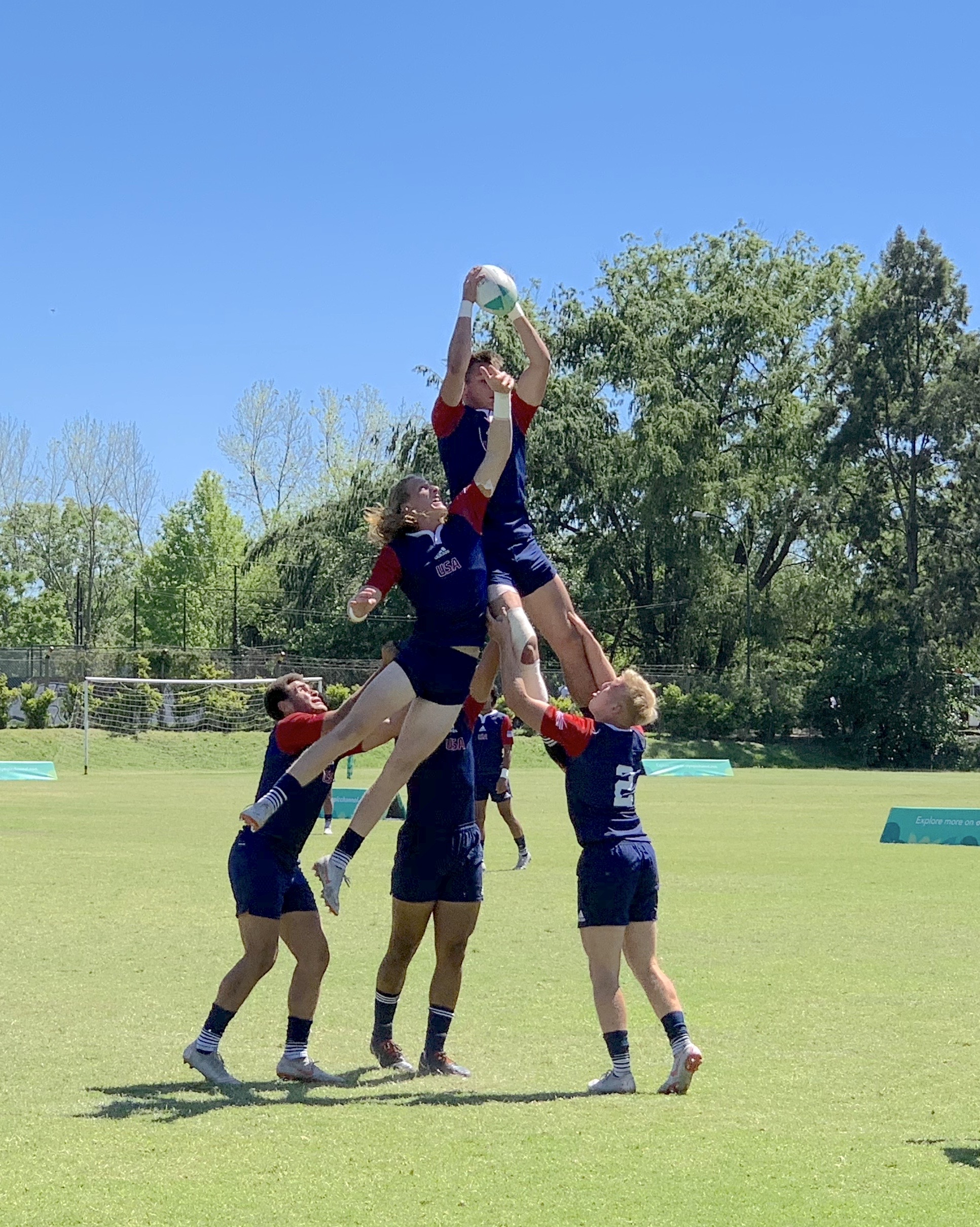 ORIGINS OF RUGBY – Rugby is the precursor of American football and has been played in the United States since about 1870. American football, as well as basketball, owes many of it’s characteristics to rugby. In fact, basketball was invented by James Naismith as an indoor alternative to rugby when the New England winters required an indoor game.  Some of rugby's characteristics such as quick switches between attack and defense, ball handling and committing defenders to attack space are all found in basketball. Some people liken rugby to tackle basketball on grass. There are several obvious differences between rugby and American football. Rugby is played at a fast pace, with few stoppages and continuous possession changes. All players on the field, regardless of position, can run, pass, kick and catch the ball. Likewise, all players must also be able to tackle and defend, making each position both offensive and defensive in nature. There is no blocking of the opponents like in football and there is a maximum of seven substitutions allowed per team.

RUGBY ETHOS - All players, coaches, officials, parents, and fans are encouraged to remember that rugby holds a unique place in American sport.  It is an international fraternal sport that is based on hard but fair competition, and camaraderie. The International Rugby Board (IRB), the governing body for rugby around the world, Charter states: “Rugby owes much of its appeal to the fact that it is played both to the letter and within the spirit of the Laws. The responsibility for ensuring this practice lies not with one individual -- it involves coaches, captains, players, and referees. It is through discipline, control, and mutual respect that the spirit of the game flourishes and, in the context of a game as physically challenging as rugby, these are the qualities which forge the fellowship and sense of fair play so essential to the game’s ongoing success and survival. Rugby is valued as a sport for men and women, boys and girls. It builds teamwork, understanding, cooperation, and respect for fellow athletes... It is because of, not despite, rugby’s intensely physical and athletic characteristics that such great camaraderie exists before and after matches.”

FIELD OF PLAY - Rugby is played on a field, called a pitch, which is longer and wider than a football field, more like a soccer field. Additionally, there are 10-meter end zones, called the try zones or in-goal area, behind the goalposts. The goalposts are the same size as American football goalposts.

THE BALL - A rugby ball is made of leather or other similar synthetic material and is best described as a large, over-inflated football with no laces.

PLAYERS & POSITIONS - Rugby has fifteen (15) players on each team. Everyone on the pitch plays offense and defense, and the number of each player signifies that player's specific position. Jersey numbers above 15 are worn by substitute players.  Players numbered one (1) through eight (8) are forwards, typically the larger, stronger players of the team whose main job is to win possession of the ball. They would be the equivalent to American football linebackers and lineman. Players numbered nine (9) through fifteen (15) are backs, the smaller, faster and more agile players. Their main role is to exploit possession of the ball won by the forwards. Backs may be equated to running backs, wide receivers and quarterbacks in American football.