Bringing tennis to the masses 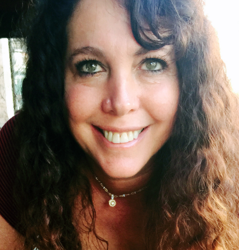 Hours before a flight to Buenos Aires, former professional tennis player Laura Kassirer flipped open a passport that had been rushed to her overnight. Kassirer was startled when she saw a man’s face staring back at her.

With a stranger’s passport in her hand, the 25-year-old alerted Argentina Open officials that she wouldn’t be playing in their event. Instead, she decided to end her professional tennis career.

The sport, however, wasn’t finished with her.

After retiring in 1988, the five-time Wimbledon entrant lived mostly tennis-free for nearly a decade. She got married, had two children and experienced life outside the court. It wasn’t until her oldest daughter, Rachel, started kindergarten in 1997 that Kassirer returned to tennis by giving lessons to students at Woodland Hill Elementary School northwest of Los Angeles.

Since then she’s built two non-profit youth sports programs – Kassirer Sports and Youth League Tennis – that, combined, have reached more than 7,000 children across the nation each of the last seven years.

Kassirer grew up in a northern suburb of Chicago playing basketball, soccer, softball, volleyball and track. It wasn’t until her family moved to Florida when she was 12-and-a-half that she was introduced to tennis. She quickly fell in love with the game.

“I was horrible at first, but that only motivated me to get better because I hated to lose,” Kassirer said. “I joined a summer tennis program, and they gave me a report card that said I had potential. That little report card means more than any professional accolade.”

When she was 16, Kassirer found a mentor in Gardnar Mulloy, a former U.S. No. 1 tennis player who won five Grand Slam doubles tournaments. Mulloy, now 102 years old, encouraged Kassirer to focus on matches instead of doing drills – a pillar of the Youth League Tennis development model. He challenged Kassirer with a series of opponents, most notably Bobby Riggs, a three-year World No. 1 player and 1939 Wimbeldon winner who Kassirer beat 6-1 for $100.

“I never realized what (Mulloy) was doing for me until one day he handed me a 100-dollar bill and told me to give it back to him in front of some other ladies,” Kassirer said. “He wanted it to look like I was paying him for lessons, but I never did, and he never asked for anything.” 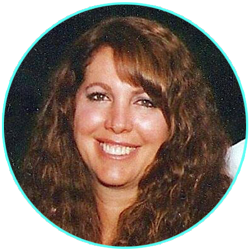 Interests: Gardening, going to the theater, hanging out with family, exercising, cooking and walking her dog,

Kassirer, whose maiden name is Laura Bernstein, was born in Highland Park, Illinois and, as a 12-year-old, moved to Florida where she began playing tennis. She quickly became one of the top-ranked youth players in the state and earned a spot as the No. 1 for No. 6-ranked University of South Carolina. After two years of Division I competition, she joined the pro circuit and qualified for every Grand Slam tournament for six years. Her worldwide ranking hovered around 110 until she retired in 1988. After a nine-year break from tennis, she started offering lessons at her daughter’s elementary school, which quickly evolved into two after-school tennis programs -- Youth Tennis League and After School Enrichment. 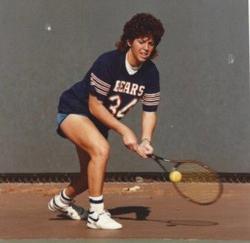 Laura Kassirer, an avid Chicago Bears fan, warming up before a match when she was in her early 20s.

Soon, Kassirer was ranked as high as 15th in Florida and playing national tournaments. She received a full scholarship to University of South Carolina, which pleased her parents, but, Kassirer says, ultimately hindered her professional career. During her first season the two-time All-American won most of her college matches within 20 minutes. She played No. 1 singles for the No. 6-ranked Gamecocks but admittedly became worse the longer she stayed in school.

“What college did for me was make me less interested in playing tennis and made me a more well-rounded person,” Kassirer said. “I don’t know if any female tennis players who went to college and came out as good as they were before they went. Five or six girls I knew were doing really well before college -- top twenty in the world or so -- then after college never got above 150 or 175.”

After college Kassirer was ranked between No. 110 and 120 in the world and qualified for all of the Grand Slam tournaments for six years. Her professional highlights include playing Center Court at the French Open, facing Billie Jean King on grass (which King specialized on) at the Australian Open and making five appearances at Wimbledon. However, as her competitive bite softened, she started to despise the endless travel and decided to do other things.

The passport mix-up was the final straw, and Kassirer became one of the first professional tennis players to quit for reasons other than age or injury. After retiring, Kassirer kept quiet about her professional career because she was embarrassed of her world No. 120 ranking and felt like she had never reached her full potential.

In 1989, Kassirer married her husband, Allan Kassirer, who she had met nine months prior on her first and last blind date. The couple settled in California and had two daughters, Rachel (23) and Samantha (21), who inherited their mother’s love for sports. Kassirer introduced her girls to tennis but insisted they discovered their own passions despite outside pressure to follow in their mom’s footsteps. Both girls showed talent on the court but ultimately found other sports that suited their personalities.

While Rachel excelled in volleyball, becoming one of the top high school setters in California, Samantha dreamed of playing field hockey in the Olympics.

“Having to live up to the golden expectation of others when all I wanted was to play tennis for fun had a psychological cost -- which was totally self-inflicted,” said Samantha, who trained for the Olympics at a national field hockey program. “I stayed with it until middle school when people started telling me to start taking tennis more seriously like my mother. Group sports turned out to be better for my psyche.”

Although tennis never fully grabbed her daughters, it became Kassirer’s profession again in 1997 when she started offering lessons at local elementary schools. Instead of having her students travel to country clubs and parks, Kassirer brought the game from school to school. She received a donation of 50 rackets and 500 balls from Wilson Racquet Sports president John Embree and set up makeshift courts using volleyball nets on school parking lots. 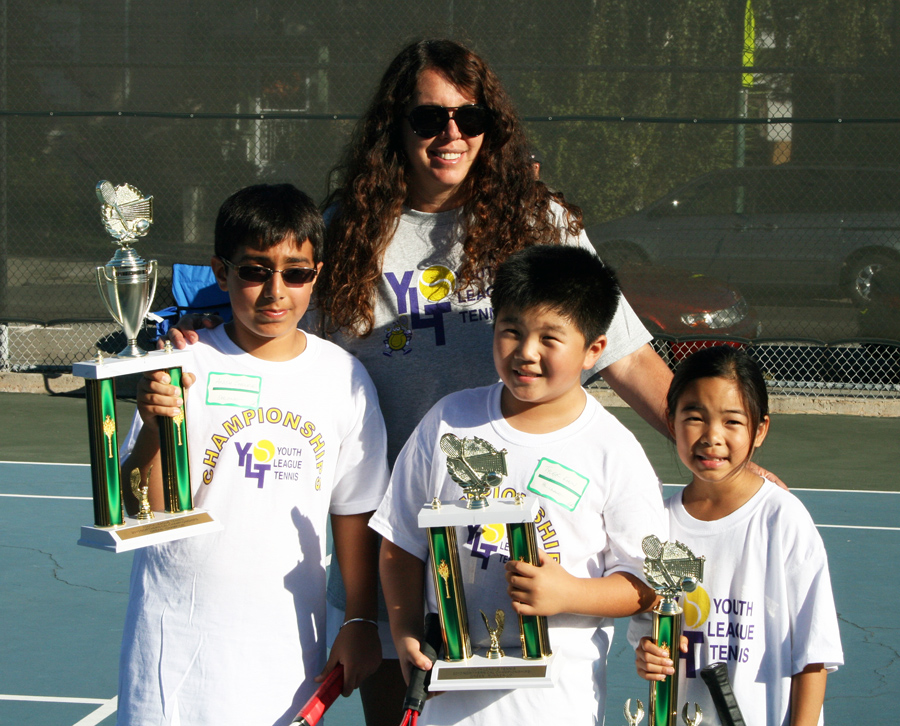 Soon, she was teaching up to 100 kids at a time and at nearly 150 schools around California. She started hiring coaches to divide the workload. In 2002, Kassirer founded Youth League Tennis, a non-profit organization. Despite her competitive past, her mission was to expand the game by providing positive tennis experiences and allowing kids to improve at their own pace.

As the program expanded, Kassirer was consumed with hiring coaches, making schedules and hand-registering players. She hired local tennis players as assistants, but, with her name at stake, insisted on doing most of the work herself.

“She’s definitely hands on,” Samantha said. “When she was building Youth League Tennis she was doing all the work in the most difficult way possible. Once she got up and running she got smarter and found ways to be more efficient. Ever since I can remember she’s been working on it, and she always stayed up as long as necessary to make sure she was prepared.”

Encourage a young athlete with an inspiring message. Thank a coach, parent, or teammate who's made a difference in your life. Pass the flame for them to share and keep alive. Because one little spark is all it takes to ignite something great.

As Youth League Tennis was taking off, Kassirer started After School Enrichment -- a program that also offers basketball and soccer and once reached as far as Hawaii and Florida. The grassroots program expanded rapidly and posed the ongoing challenge of finding Kassirer-approved coaches for hundreds of schools. As the number of programs increased, so did the coaching and communication issues, prompting Kassirer to restructure the program and offer it only in California.

“The reality is that I’m picky – I won’t just hire anyone,” she said. “They have to have the skills and personality to keep kids engaged. (The program) could be bigger, but that happened before and the quality suffered.”

Despite sporadic issues, she’s found a core group of coaches and directors, to continue the expansion of tennis in California and Texas.

Among the most reliable is Dudley Kuboi, the Youth League Tennis Director in Northern California. Kuboi’s tennis experience dates back to the late 1970’s and includes coaching high school varsity and United States Tennis Association adult league teams. He started with Youth League Tennis in 2010 as co-director and became director shortly after. 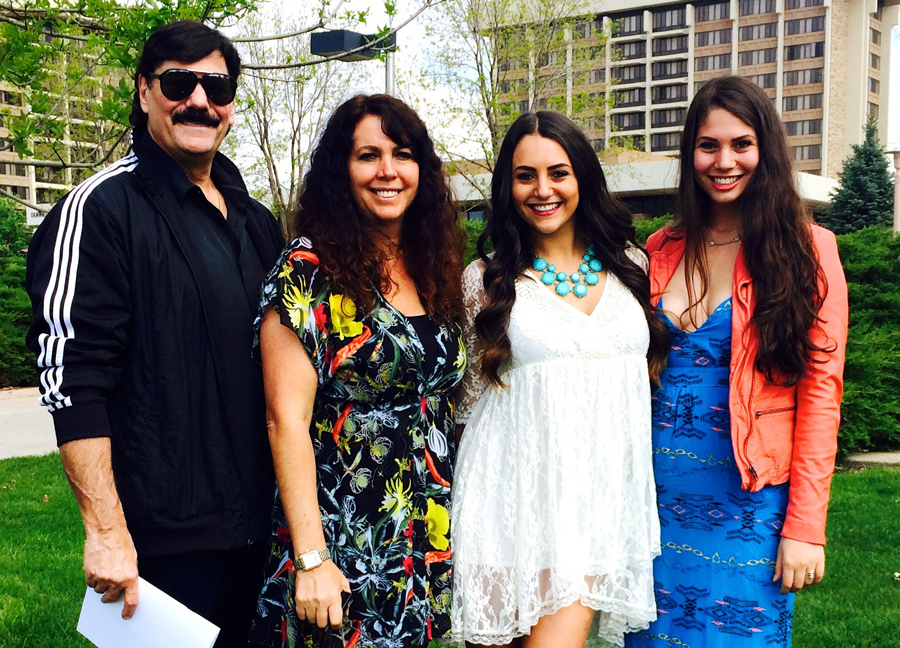 Laura Kassirer with husband, Allan, and daughters Rachel and Samantha.

Kuboi, or Coach Dudley to his students, is one of the few people Kassirer trusts to hire his own coaches, which he usually selects from an expansive personal network of tennis players in California. After tailoring his own coaching style to work for children, Kuboi has learned what tactics work best when working with kids.

“I’m a better coach today than I was six years ago and I try to improve each session and implement that in the next one,” he said. “I’ve learned to use reverse psychology, but always maintain a positive atmosphere. I think I have a personality type that is warm and inviting and they sort of gravitate toward me.”

While Kuboi brought decades of tennis experience to Kassirer’s program, Adrielle Morante was hired almost directly out of college and only had experience playing high school tennis. In the last five years, Morante has coached for Youth League Tennis and After School Enrichment and watched the sport grow in his community as a result.

“One thing about the programs that I love, especially in San Francisco, is growing up I was never given the opportunity to play tennis, there was never any community tennis programs,” Morante said. “But these programs are bringing a culture to the area that is changing the game.”

Kassirer said more than 7,000 kids have enrolled per year in each of the last seven years and, until last August, she was registering each student by hand – hence the 16-hour days. Finally, she met Mikey Spencer, Sport Ngin’s territory sales representative for California, and the two designed an online registration system specific for her programs. Spencer says the Kassirer Sports registrations are some of the most complex he’s seen but felt it was important to design a platform for Kassirer’s needs.

As soon as she had a grasp on the technology, Kassirer – as with most aspects of her life – took charge and became almost entirely self-sufficient.

“It’s more of a relationship than a typical client-worker type scenario -- it’s nice to have someone who gives a hoot about how you’re doing,” Spencer said. “At the end of the day helping someone design and deploy an overall solution like this for an atypical sports organization has kept our relationship really close. It’s new for both of us, so we are in the same boat trying to make things easier for each other.”

After trading groundstrokes for keystrokes, Kassirer can hardly believe there was a time in her life that all she did was play tennis. Now, her favorite memories from the pro circuit have little to do with tennis. She remembers trying cappuccino – and surviving the near heart attack that ensued – in Italy and learning to juggle during a rain-out in Japan, but the matches themselves are a blur.

The game takes up as much, if not more, of her time than it once did, but her role and approach to tennis has changed completely.

“It’s interesting because I was very competitive player,” Kassirer said. “I used to live and die for it -- it was the only thing I focused on. Now, I’m creating these non-competitive, nurturing programs.”