What Are the 4 New Division 1 Recruiting Rules?

The NCAA has adopted four new D1 recruiting rules. These rules are designed to stop the growth of early recruiting and give student-athletes the opportunity to make a more informed decision on their college of choice.

The new Division I recruiting rules are officially in effect. The NCAA has adopted these rules to curb the growth of early recruiting and normalize the college search for student-athletes. The new rules apply for every sport except football, basketball, softball, baseball and lacrosse. The biggest change is the timing and nature of communication between college coaches and athletes has been limited. Here are the four updates to recruiting rules:

Read more: Everything You Need to Know about New NCAA DI Recruiting Rules

What does coach communication include?

Any phone, text, email or social media exchange between a student-athlete or parent/guardian and a DI college coach is considered coach communication. This includes private messages and incoming and outgoing phone calls. While the NCAA hasn’t established an official start date for verbal offers, June 15 after sophomore year is the start date for the first recruiting interaction between athletes and coaches.

In the past, coaches could talk with any athlete as long as the athlete initiated the phone call. But with the new rule, this loophole is closed up. Until June 15 after your sophomore year of high school, you can’t engage in any communication with a DI coach.

What do official and unofficial visits include?

Any visit to a college campus that is financed by the school is an official visit, and any visit paid for by the family that includes a recruiting conversation with the coaching staff is an unofficial visit. You can still check out a campus before August 1 of junior year, but you can’t talk about recruiting with the coach.

According to the NCAA, off-campus contact is defined as any time a coach has face-to-face contact with student-athletes or parents off the college campus and says more than hello. Coaches can still come watch you play before August 1 of junior year, but they aren’t allowed to talk to you or your parents before or after the game.

Nope. While the NCAA didn’t specifically legislate any rules around early offers or commitments, the new DI recruiting rules prohibit any recruiting interaction until June 15 after sophomore year. In the past, college coaches could make early offers to athletes on official/unofficial visits, through a high school/club coach or during a camp or tournament. But the new rules around coach communication, campus visits and off-campus contact curb these early commitments.

What are the new rules for DI men’s ice hockey? 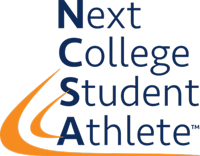 ABOUT NEXT COLLEGE STUDENT ATHLETE

Other Articles by Next College Student Athlete